Due to a possible penalty hanging over Lewis Hamilton's head, it was as yet unclear who would ultimately be allowed to start from pole position at the Russian Grand Prix. In the end, however, the result of qualifying remained unchanged.

Not only Hamilton, but also some other drivers were still under investigation because they had not returned to the track according to the rules after a trip at turn two. So they could breathe a sigh of relief.

Hamilton forced to stay in garage during red flag: "Our engine can't do that"

Verstappen must look in his mirrors

It means that Max Verstappen has to start the match from the second place and that is not ideal on paper. It is the dirty side of the track and in Sochi this means that there really is no grip. Because of the long run to the first corner you can lose a lot of places.

Wolff thanks racing gods after nerve-racking qualification: "That happened today"

Drivers who will want to take advantage of this are Valtteri Bottas, Sergio Perez and Daniel Ricciardo. Bottas and Ricciardo are on the favourable side of the straight and Perez, just like the other two, has a car with an excellent top speed.

Albon scratches his head after big gap with Verstappen: "This is confusing" 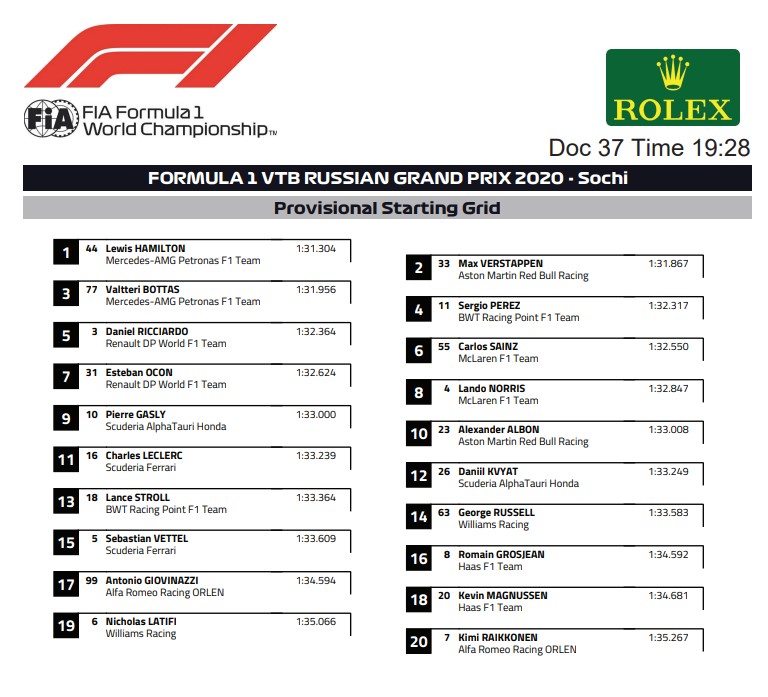