After the free practice sessions, the FIA always announces whether any parts have been replaced before the next race weekend. The Russian Grand Prix has turned out to be a popular race for the teams to change gears.

The fact that many teams choose to make this switch right now is due to the large number of drop-outs in the race at Mugello. The drivers who did not make it to the finish there are allowed to change gears without being hit by a penalty.

Horner doesn't see why Hamilton would want to fight Verstappen

One of the drivers who is therefore getting a new gearbox is Max Verstappen. This also applies to Carlos Sainz, Lance Stroll and Kevin Magnussen. They were all involved in an incident a fortnight ago in which the rear (where the gearbox is located) of their car was hit or damaged.

Hamilton surprised by gap to Red Bull: 'Must be even worse for them'.

For Pierre Gasly, there is a more regular gearbox change. He used his previous gearbox six races in a row and because this season's championship counts eighteen races, he too can have a new one fitted without penalty.

Wolff: "Whoever gets out of turn one first has a good chance of winning". 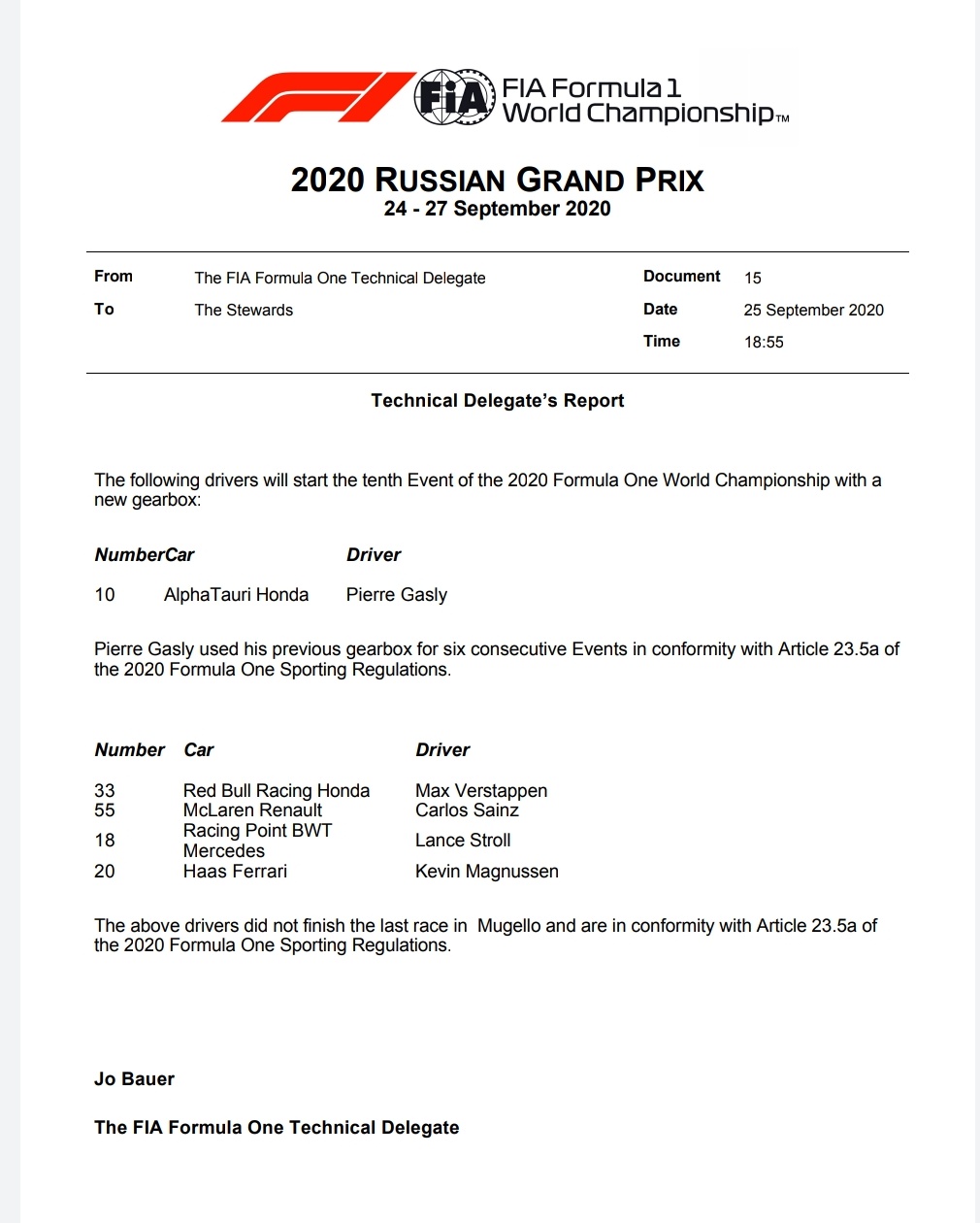