Aston Martin presented the AMR21 on Wednesday. As expected, the green car is no longer a direct copy of the Mercedes. Even though, of course, there are still similarities with the W12. Not only because the changes are limited for 2021 due to regulations, but also because of the special dimensions of the Mercedes powerplant.

The view with which we can best compare the AMR21 to other cars is from the side. Here we see that the bodywork towards the rear of the car is wrapped a little tighter around the Mercedes power unit. Because Racing Point presented a completely different car at their launch last year than eventually appeared on the track, for reasons that are understandable in retrospect, there are no nice studio photos of the RP20 that we can compare the AMR21 to.

Moreover, it might be more interesting to compare it with the Mercedes W12 that was presented on Tuesday. Racing Point was found guilty of copying the Mercedes design last season and everyone is now very curious to see if they will follow the rules this time.

Comparison with the Mercedes W12

That's what it looks like. The AMR21 is of course still a further development of last year's copy, but with the hood they have clearly taken a slightly different path. There we see, in fact, just like Mercedes, a distinctive-looking hump, only this one is a lot larger. This probably means that Aston Martin has folded the bodywork around the engine a little tighter. It could be that this hump is now visible because the teams are looking at the limits of how they pack their engine and that not much else has changed under the skin. 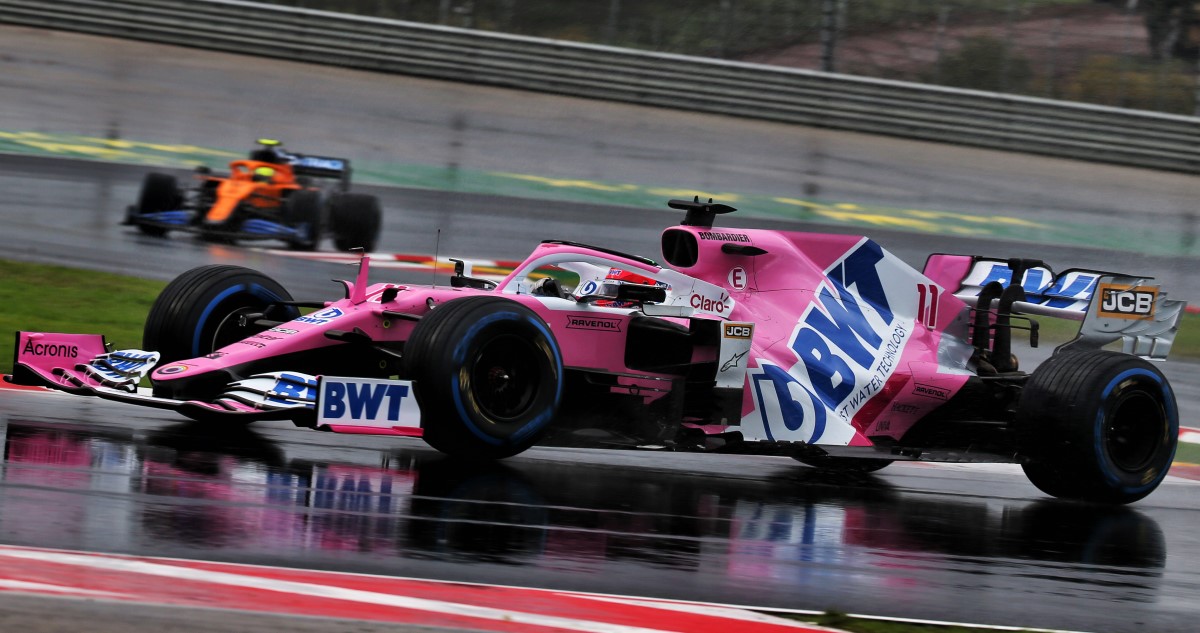 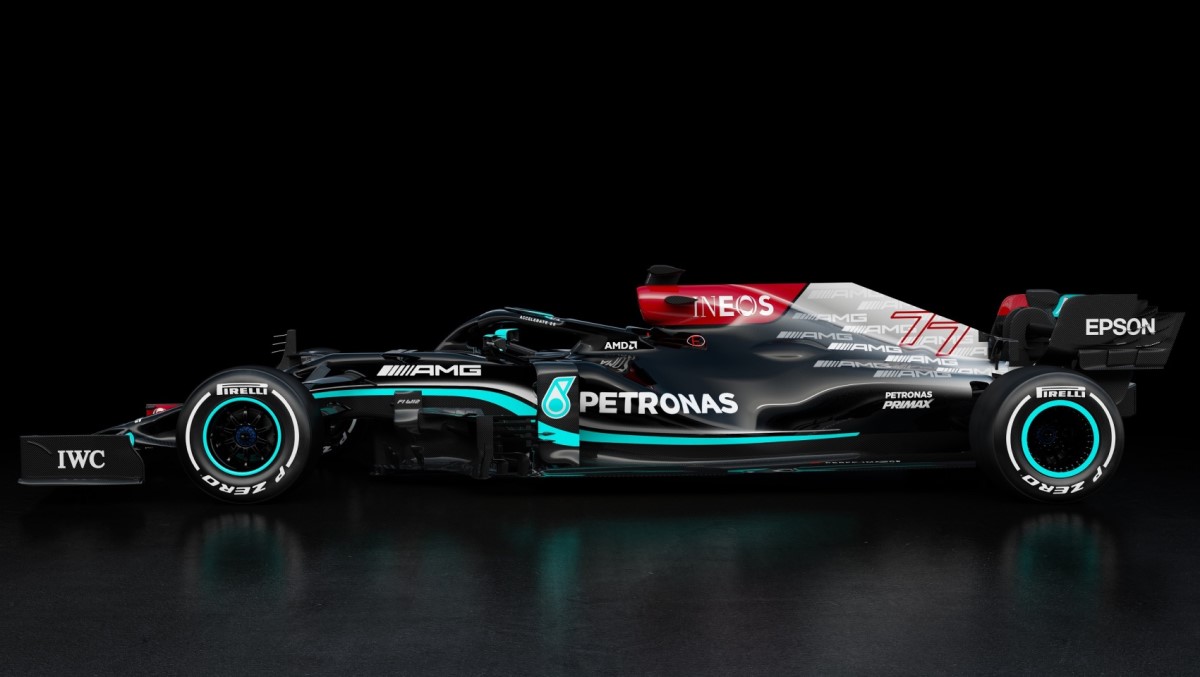 In contrast, the hump is so large especially at Aston Martin that you can't help but get the impression that the Mercedes engine received a significant update last winter. Indeed, at McLaren, relative to the Renault engine in 2020, we also saw a widening of the hood, although they opt for a more gradual packaging. It will now be interesting to see if Williams appears on Friday with just such a bump on the car.

At the front, we see that Aston Martin is presenting their car with a slightly different nose than Mercedes. Teams always have different noses and front wings ready to go, but this really seems to be Aston Martin's own development work. Especially since the teams will not have the space to make many adjustments this season. The nose presented now will have to last the rest of the season. 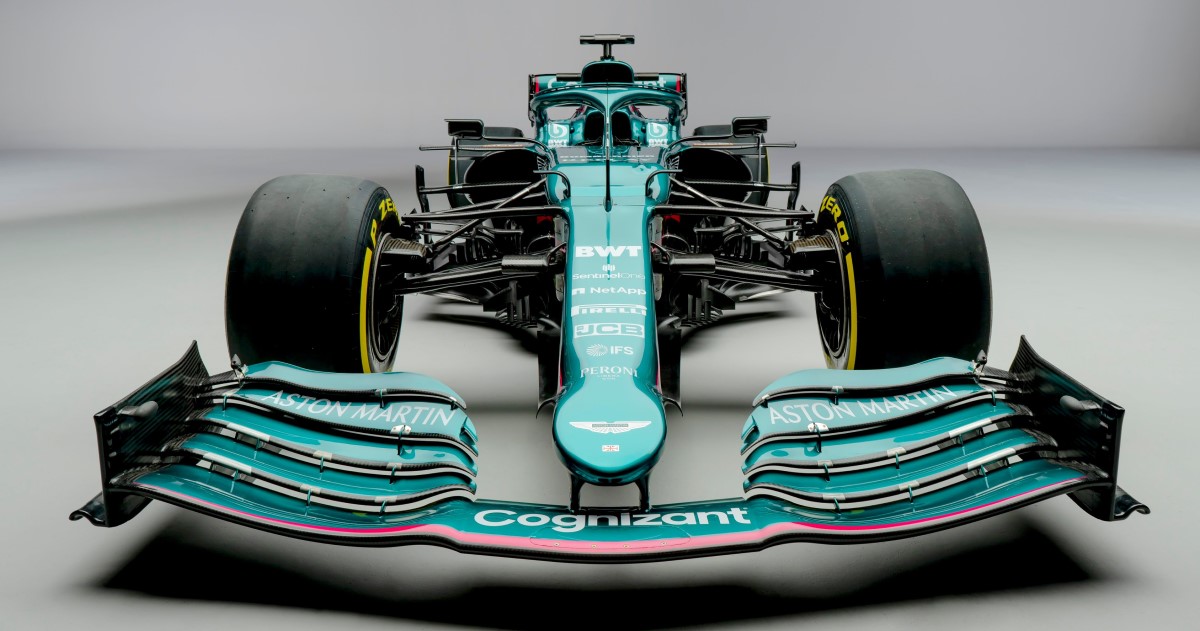 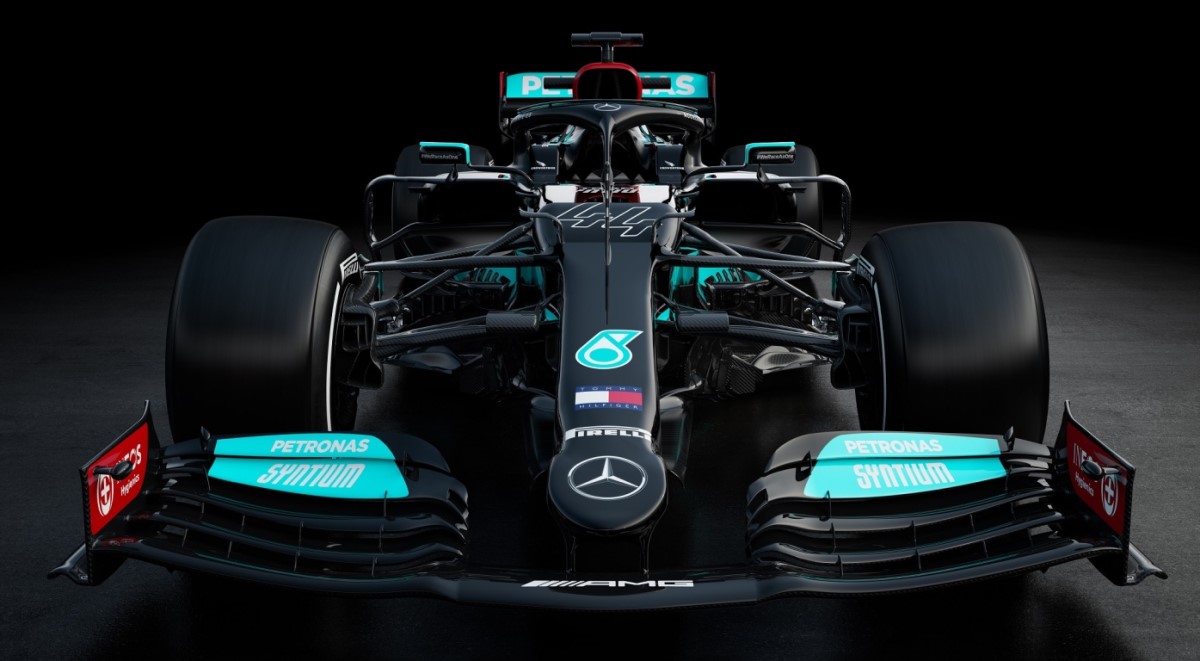 The entire nose looks even more developed than the nose on the W12. Whereas the tip of the W12's nose has the same characteristic indentations on either side as last year's, these have been smoothed out on the AMR21. The extra curvature in the front wing also indicates that further thought has gone into this. The braking ducts did remain the same at Aston Martin, while Mercedes presented a new set there.

Diffuser remains a small mystery at Aston Martin as well

Finally, it is notable that once again we do not get to see a picture of the rear of the car. McLaren and AlphaTauri are actually the only teams that have done so so far. The rear of the car is not the most important part of a car presentation, but given the rule changes for this season, where the diffuser has been given a major makeover, it is strange that we get to see so little of it. 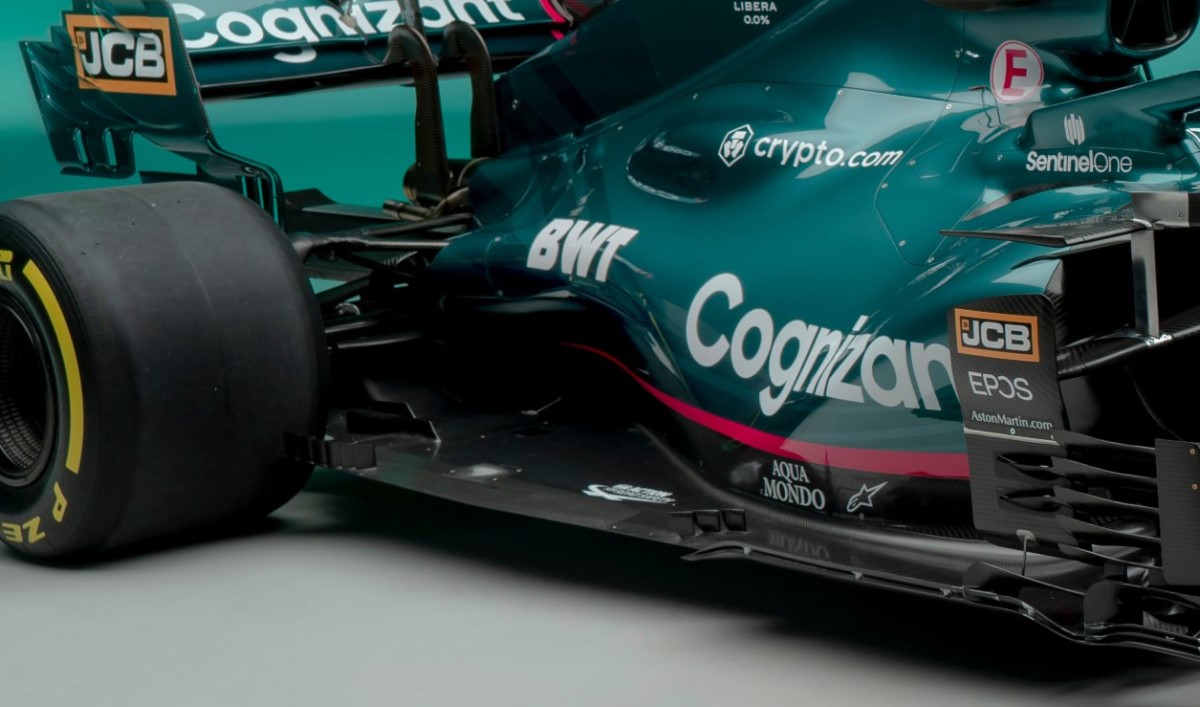 What we can get a good look at this time is the new floor. Due to a lack of light, this was often difficult to see at other teams, but at Aston Martin the light is just right. Here we can see that the section of cut floor runs all but in a straight line inwards. As with AlphaTauri, among others, this is done in steps. Also, not all of the wings on the floor have disappeared yet.

All in all, still another interesting reveal we've seen from Aston Martin. Especially because of that bump, of course, which makes speculation that something special is going on with the Mercedes powerplant increasingly plausible.