Until the huge collision on the first lap of the race at Silverstone, Max Verstappen and Red Bull Racing were on an amazing run. They were dominant in a way that no team other than Mercedes have been in the hybrid era. In a relatively short space of time, however, the proportions have changed again. Why is that and what does it mean for the rest of the season?

If Verstappen had kept up his results, he would undoubtedly be on his way to his first world title. The fact that the reigning world champion was the man to beat at Silverstone and especially Hungary, has to do with the last update Mercedes brought for their current car.

Mercedes said they stopped developing the 2021 car a while ago, but as of now, there really won't be any new parts. This latest update should be it, and it looks like it's a final roll of the dice for Mercedes. Here's a brief overview of exactly what they've done.

Binotto: 'Today only Red Bull is performing at a consistently higher level'

The update as a whole was designed to make the floor work better in all its facets. Mercedes were hit relatively hard this season by the new regulations that removed the rear corners from the floor. In their quest to regain that lost downforce, the team came out of the winter break with some sort of corrugated plate under the car. The idea was that this would increase the surface of the floor and therefore generate more downforce. This can be seen in the first picture below.

From Silverstone onwards they changed their mind a bit, as you can see in the updates on the second picture. The side of the floor is slightly less curved, while the elements of the bargeboard and the slots in the side of the floor are slightly extended. This way a fraction of the floor area is lost, but the airflow along the underside of the car goes with more precision to the diffuser, which has been adjusted for that reason as well. The net result is more downforce.

McLaren learns from conflicts between Mercedes and Red Bull 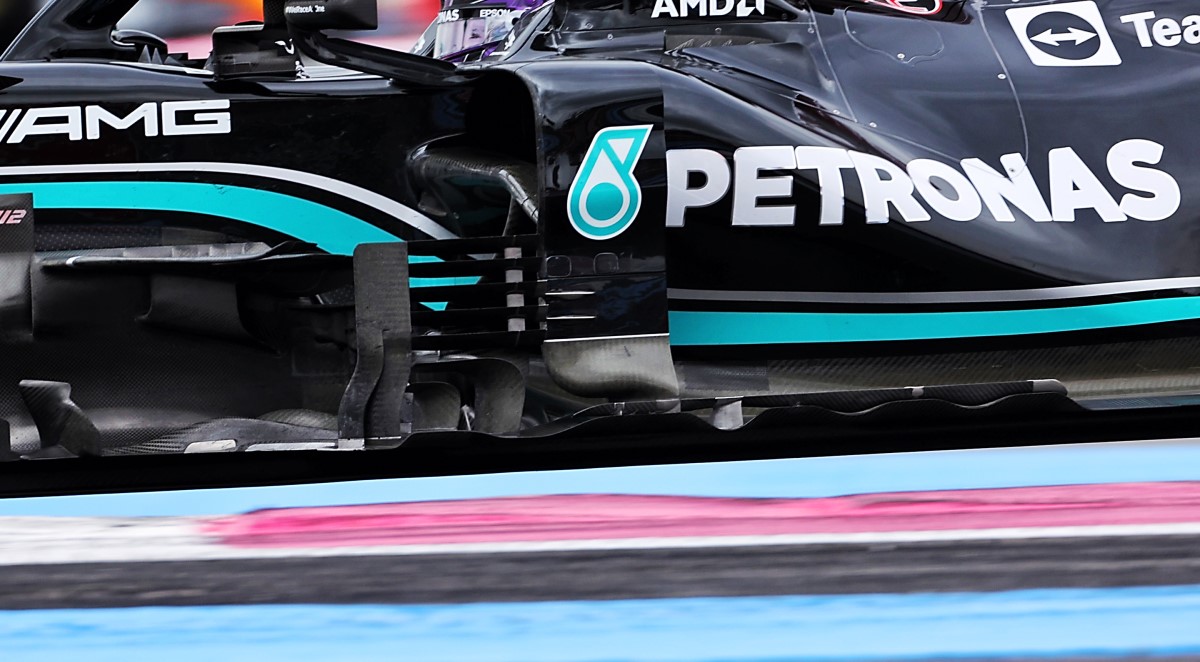 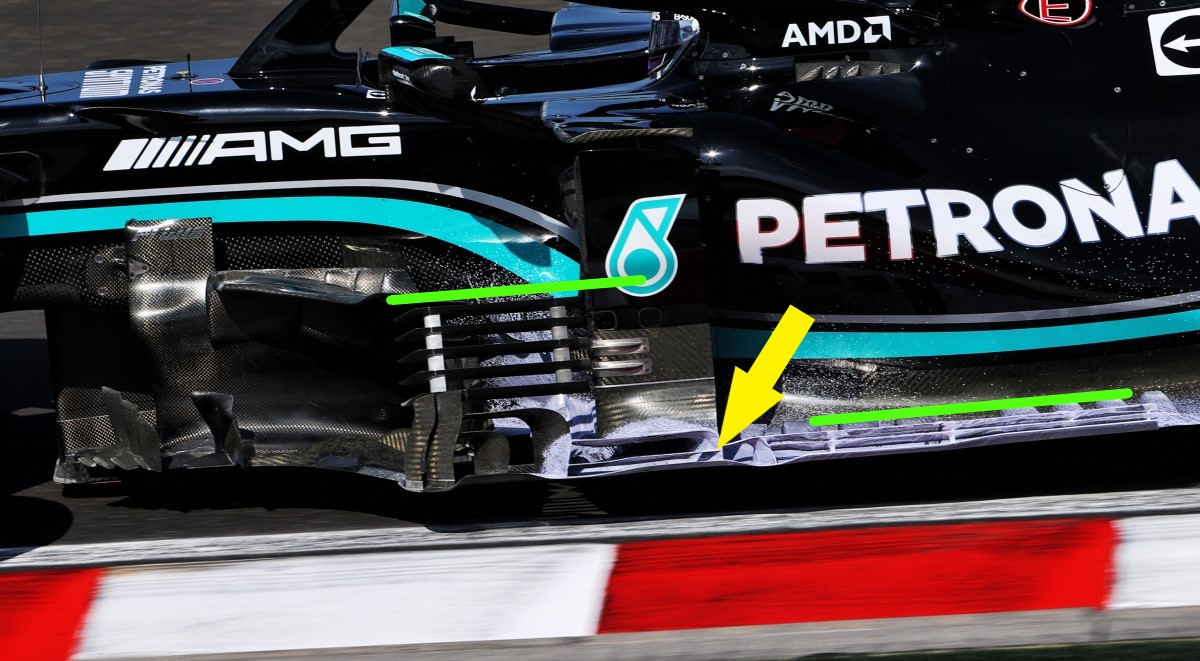 Pérez finds it hard: 'Verstappen is just a natural talent'

This new floor allows Mercedes to drive with slightly less wing. As a result, Hamilton and Bottas lose virtually no time on the straights compared to Red Bull Racing, who actually drive with 'low drag' wings by default.

It also improves the W12 in areas it's been good at all season: slow to medium speed spins. Think of Turns 4 and 5 at Barcelona. The first sector at Silverstone and the last sector at the Hungaroring show Mercedes are now outperforming Red Bull convincingly here, while losing no time at top speed. The only places where Verstappen now has the upper hand are the medium to fast corner combinations. Maggots, Becketts and the second sector in Hungary for example.

Of course, there are many more factors at play per Grand Prix, particularly tyre wear and temperature. But if Red Bull don't come up with their own successful update in the second half of the season, we could make a prediction based on the past races and the strengths and weaknesses of both teams.

However, it looks a lot better for Verstappen and Perez than you might initially think. Silverstone and especially the Hungaroring, are relatively rare on today's F1 calendar. Of the 1w races to come, only Zandvoort and Interlagos have characteristics that can be compared to the Hungaroring. Add to that the circuits where Mercedes are traditionally strong (Sochi, Austin and Abu Dhabi) and Red Bull would theoretically still have an advantage in a majority of the upcoming races.

Finally, we shouldn't forget that Verstappen has had a lot of bad luck in the last two Grands Prix. In both races the Dutchman had a more than realistic chance of victory. These are lost points that could certainly cost him the world title, but it's not at all crazy to still label him as the favourite.