Max Verstappen has 17 pole positions to his name in Formula 1. In Singapore, the Red Bull Racing driver was close to number 18, but in the end he had to settle for an eighth fastest time. An impending shortage of fuel in the tank was to blame. Charles Leclerc took advantage and may start from P1 on Sunday.

The difference between Leclerc and Sergio Perez was minimal at just two hundredths. Lewis Hamilton and Carlos Sainz start from the second row of the grid. Fernando Alonso, Lando Norris and Pierre Gasly are the three men Verstappen needs to get past quickly if he is to keep in touch with the men at the front. On Singapore's street circuit, however, that will be a tough task. 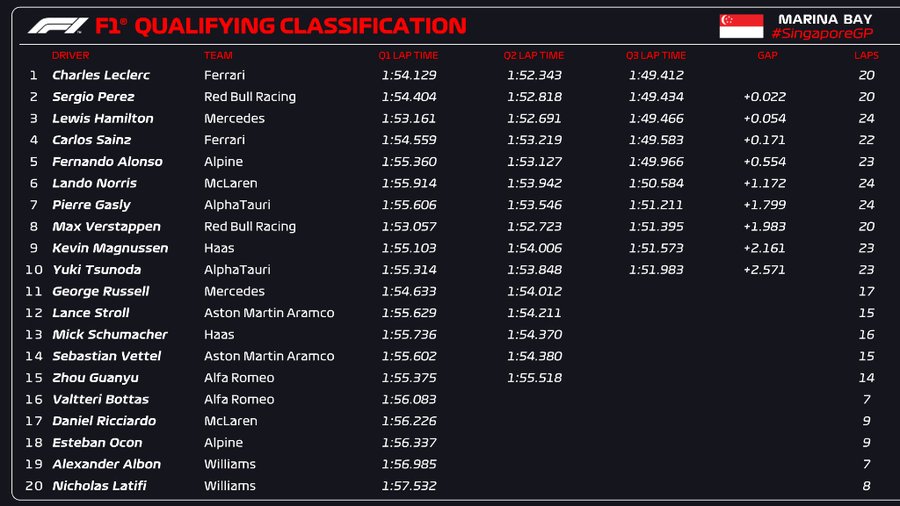 This is why Verstappen was not allowed to finish his lap

Marko reveals why Verstappen did not finish penultimate lap either