Sergio Perez and Mick Schumacher had to report to the stewards after their collision during the first free practice of the United States Grand Prix. Race direction has decided that there will be no further consequences for the drivers.

During the first session the drivers came into contact with each other. Perez was on his fast lap, while the German had another slow car in front of him.

Moving images of Mercedes trick that could cost Verstappen the title

The stewards judged that Perez and Schumacher both did not deserve a penalty for the incident. The drivers themselves were also of the opinion that the other could not have avoided the collision.

According to the stewards Perez collided hard because he had his DRS open. Both drivers had seen the other, but Perez could not brake in time and Schumacher had to take into account the slow car in front of him. He did not expect Perez to overtake him. 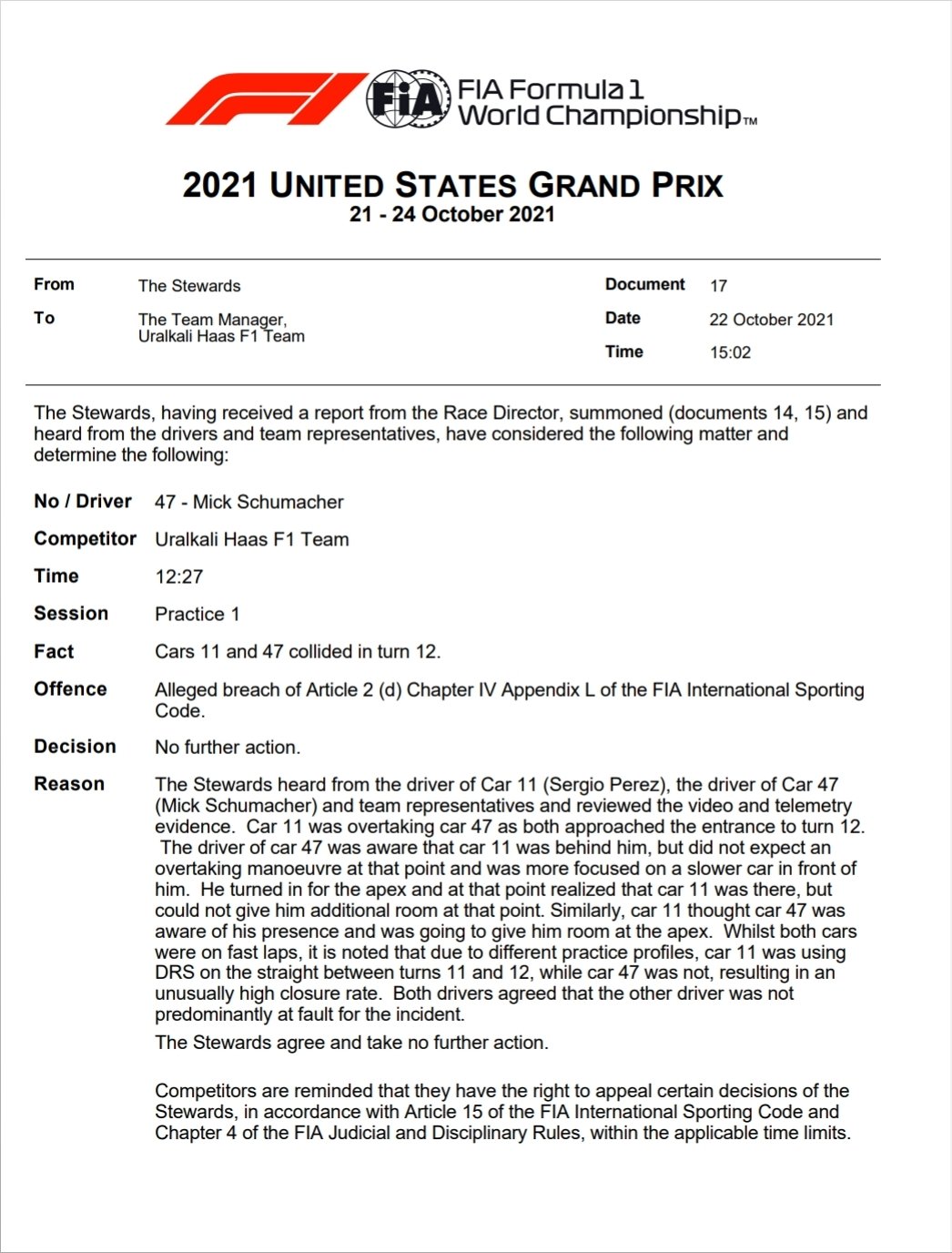