Daniel Ricciardo and Lance Stroll were called to the stewards' office after the Russian qualifying session to explain an incident in Q1. Stroll was on a fast lap, but Ricciardo did not make enough room for the Aston Martin driver. Stroll lost a lot of time in his fast run in Q1 as a result, but the stewards did not hand out a grid penalty for the offence.

Obstructing an opponent is often punishable by a three-place grid penalty, but Ricciardo got off with a reprimand after the stewards studied footage and radio traffic.

Verstappen on Russell's performance: "Shows that the car is not that bad"

According to the stewards, the driver from Perth was not to blame for getting in Stroll's way. This was mainly due to the bad weather conditions, was the judgement of the stewards.

No grid penalty for Ricciardo 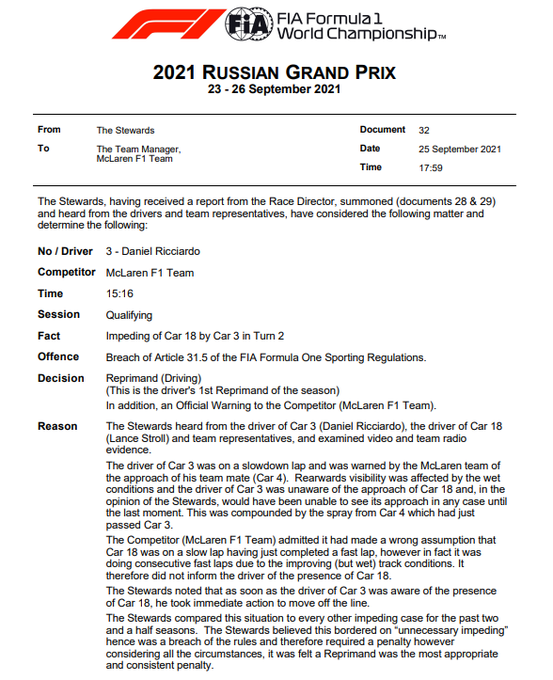