In a weekend that was dominated by the escalating tension between Max Verstappen and Lewis Hamilton, many other drivers had a very strong weekend. This is also reflected in the official Formula 1 Power Rankings. Normally either Hamilton or Verstappen is on P1, but both are not in the top three now.

Charles Leclerc got the perfect score this weekend. Verstappen received the same score after the Austrian Grand Prix and the Monegasque received a ten after being in the lead for almost the entire race. In second place is Lando Norris with a 9.2. Norris also benefited from the crash between the two title rivals, but a slow pit stop made a podium finish impossible.

Coulthard points to Hamilton: 'There's only one way to overtake there'

In third place is Alonso, who was able to gain a lot of places in the sprint race and maintain that form in the race. After the Spaniard, we see Verstappen and Hamilton again, with the Dutchman on P4 and Hamilton on fifth. Verstappen scored 8.5, which was slightly better than Hamilton, who scored 0.2 points lower. Verstappen retained his lead in the championship, with an average score of 9.2 this season. 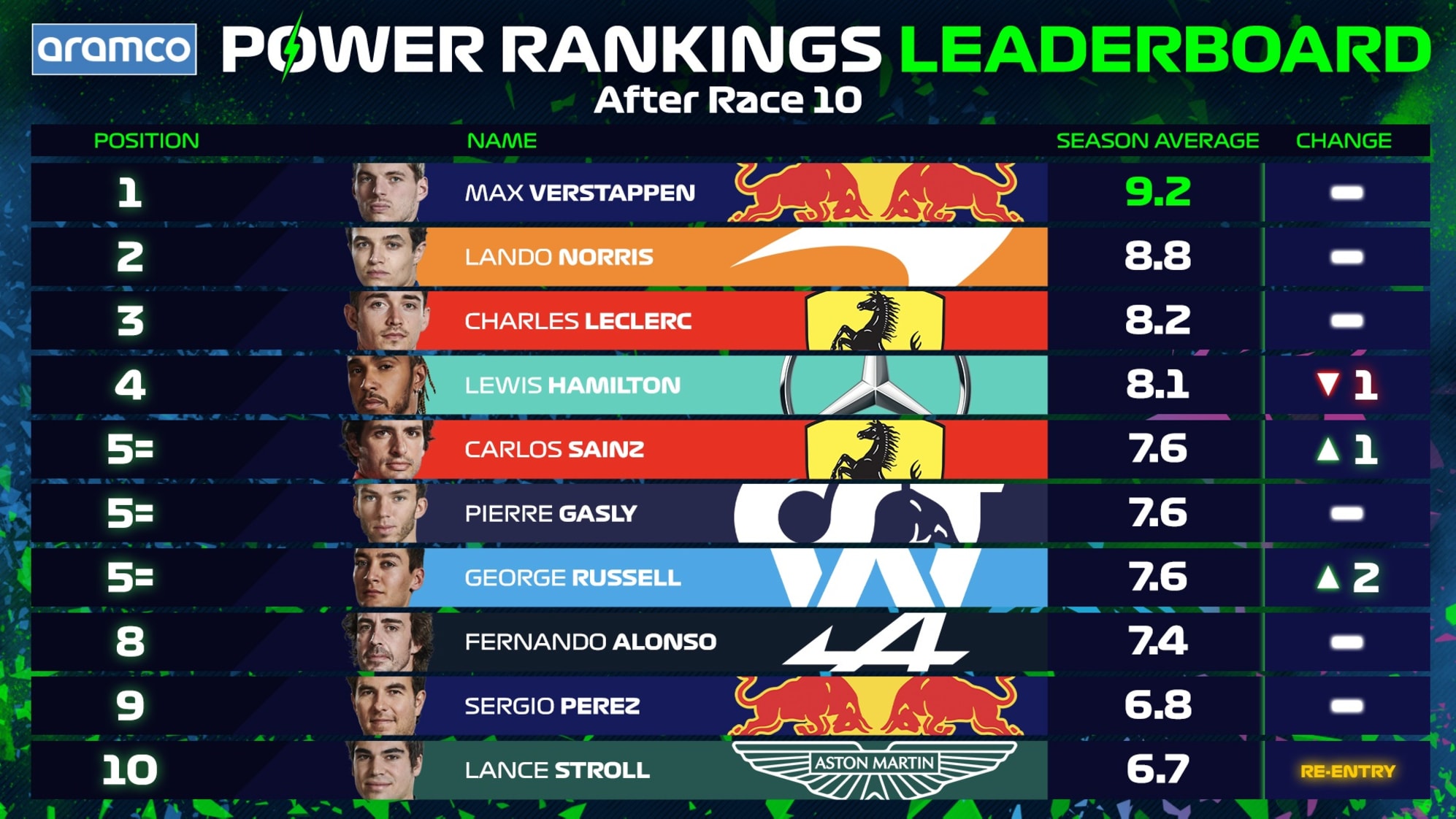 Brawn looks back on sprintrace: 'Red Bull and Mercedes with different setup'

Albon: 'Verstappen should have closed the gap completely for Hamilton'