In the Aston Martin video, in which Sebastian Vettel and Lance Stroll make their first metres in the AMR21, Sebastian Vettel's new helmet has been spotted. The German again has his famous stripes on top of the helmet, but this time they are pink.

Schumacher: 'I aim to have a strong start in F1'

Vettel is a driver who has often chosen unique designs in recent years, and during his time at Red Bull Racing there was a new helmet almost every week. That has diminished somewhat in recent years, but for his debut at Aston Martin, Vettel has designed something special. His familiar design, but now in pink.

Vettel: ‘We want to be right behind Red Bull'

Whereas in recent years Vettel has often opted for a white helmet with stripes at the top in the colours of the German flag (yellow, red and black), Vettel now opts for pink and purple. The colours go from dark to light. The basic colour of the hlm remains white, although there are many more pink details on Vettel's helmet. Stroll's helmet does not appear close to the picture but appears predominantly green. 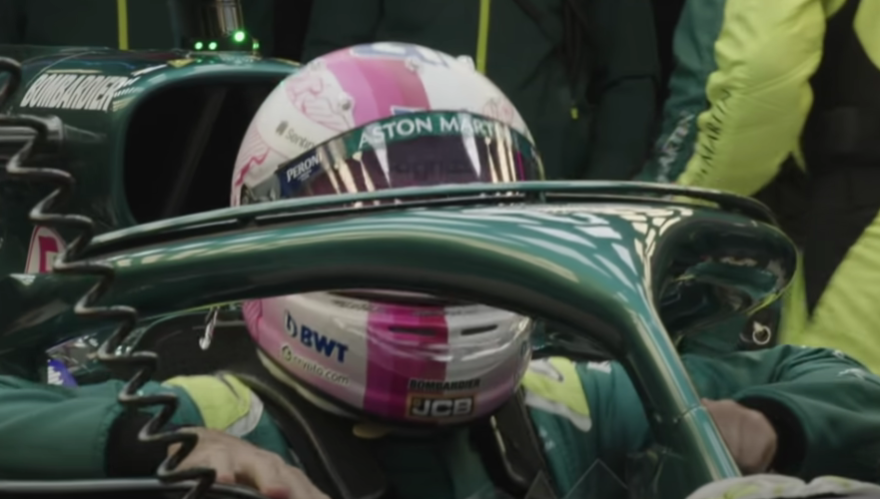