Max Verstappen has achieved his ninth pole position of the season in Austin and still has a chance to break records. In any case, it means that he can start at the front of the grid at the Circuit of the Americas.

Behind Verstappen, the starting grid has been shuffled considerably after qualifying. Valtteri Bottas has been put back five places because of an engine part replacement, while Fernando Alonso, Sebastian Vettel and George Russell have to start from the back for something similar.

Hamilton downbeat: "Tomorrow will be tough, tyre wear is aggressive"

Ferrari, among others, have benefited from this and at the back, it means drivers such as Latifi, Schumacher and Mazepin are further forward than usual. This can cause a spectacle, especially in the first few laps.

Verstappen: "I don’t see why we always have to keep bringing this up" 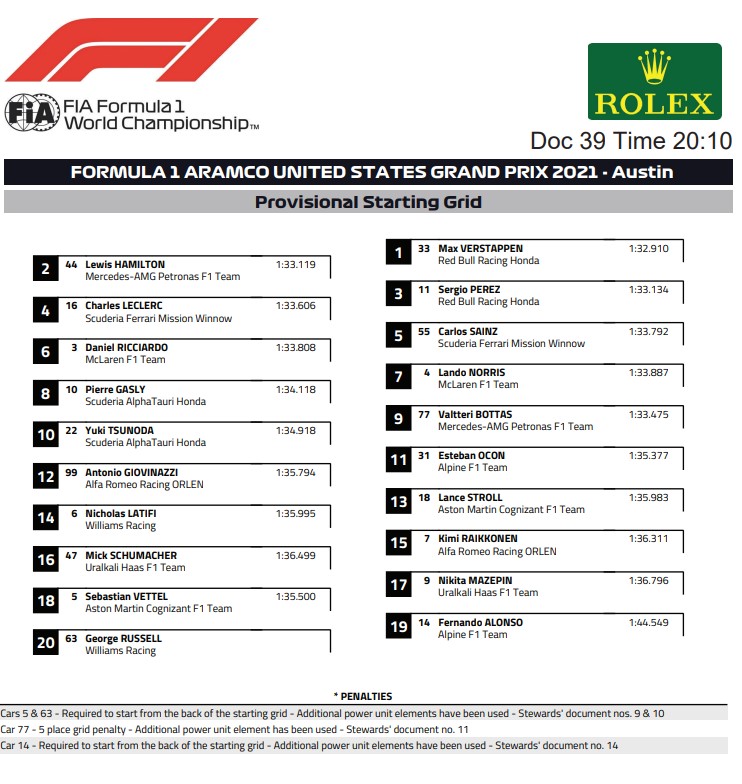