Red Bull Racing has once again managed to deliver the fastest pit stop. During the French Grand Prix, Sergio Perez's four tyres were changed in just 2.04 seconds. The Austrian team's pit crew was sixteen-hundredths of a second quicker than rival Mercedes.

Lewis Hamilton's pit stop lasted 2.20 seconds. Despite the fact that the current world champion stopped for a relatively short time, it was not enough to prevent an undercut of Max Verstappen on the circuit of Paul Ricard. Verstappen's fastest pit stop was in 2.36 seconds, good for a fifth time.

Red Bull was also the best team overall in terms of pit stops, so the Milton Keynes-based team has extended its lead in the standings once again. They have now collected 197 points in the Fastest Pitstop Award. The number two in the rankings is Williams. They have 98 points at the moment. 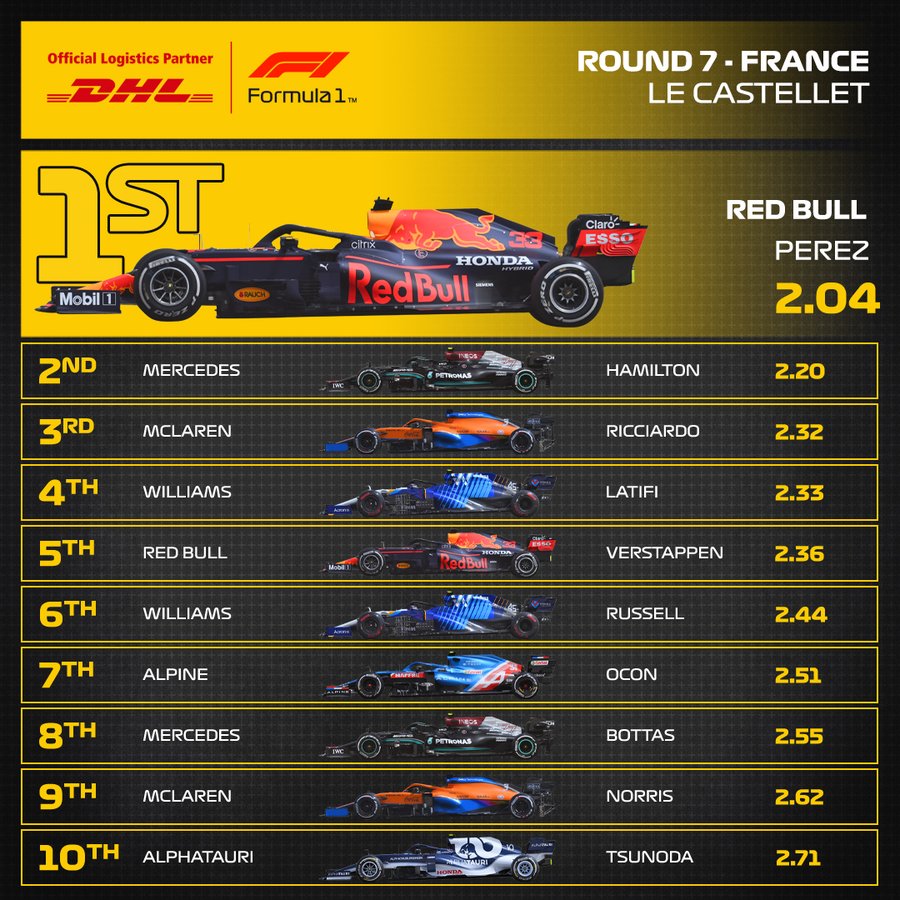 Will Red Bull protest against Mercedes? "The FIA is working on it"