Red Bull Racing has twice delivered an excellent performance in the pit lane of the Sochi circuit. The pit crew of the Austrian race team managed to give both Max Verstappen and Alexander Albon four new tyres in less than 1.90 seconds during the Russian Grand Prix.

Red Bull comes close to its own record

The fastest pit stop ever in Formula 1 is also in the name of the Red Bull team. During last year's Brazilian Grand Prix the tyres of Verstappen were changed in 1.86 seconds. In Russia, the Milton Keynes-based team's pit crew was only four hundredths of a second short of their own record.

Red Bull has dominated the pit stops all year round. The team of Christian Horner and Helmut Marko is miles ahead of their closest opponents Mercedes and Williams in the ranking of the DHL Fastest Pit Stop Award.

Verstappen agrees with Hamilton: "That punishment was painful enough!" 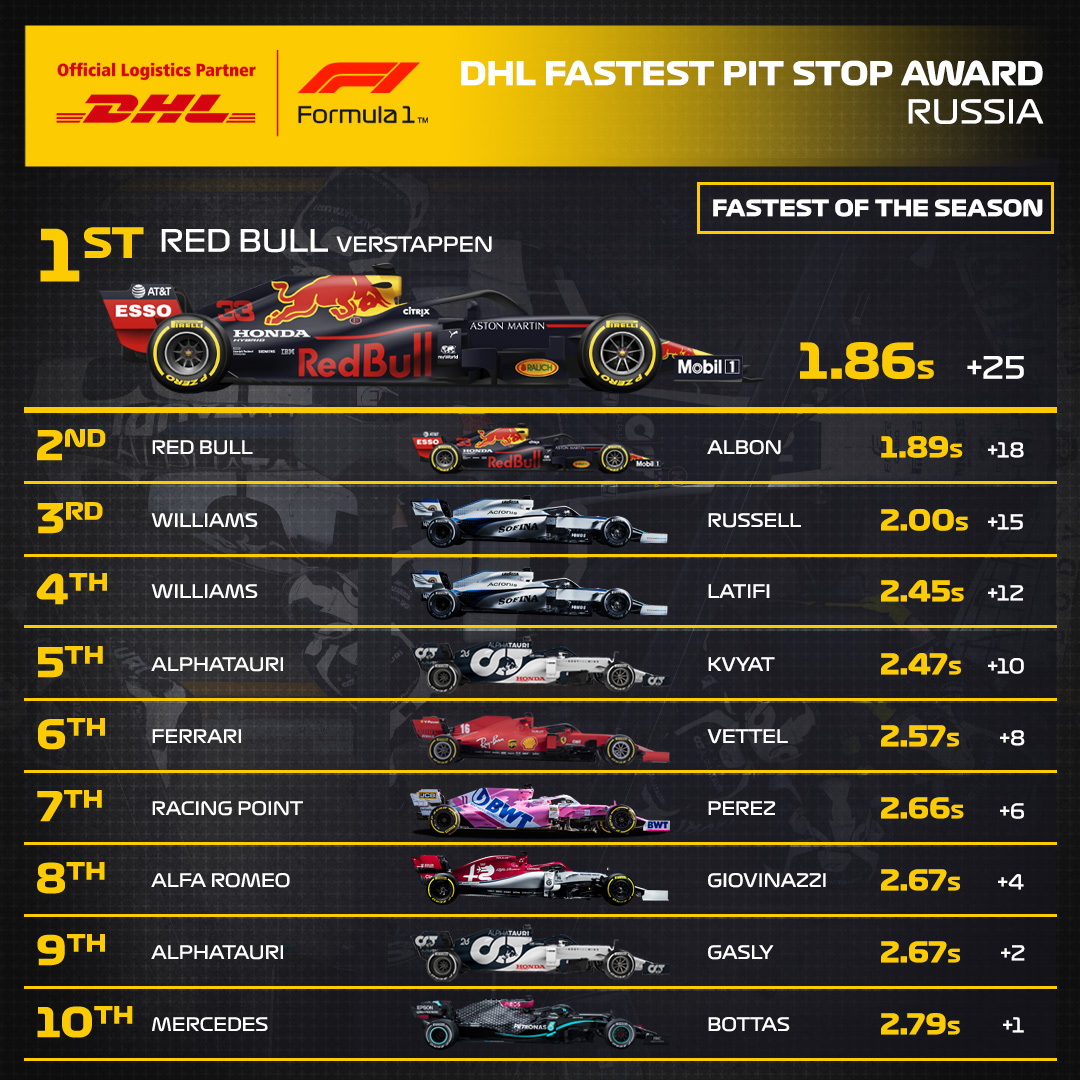