Red Bull are set to pay homage to Aston Martin with a special James Bond livery for the British Grand Prix this weekend. The car will feature 007 on the rear wing and on the side panel of the car. The rear of the car will also feature the same number plates as some of the films most famous cars.

Aston Martin Group CEO Andy Palmer was quoted by Motorsport.com "Aston Martin is proud of its association with James Bond. This weekend, we look forward to celebrating this longstanding partnership at Formula One's 1,007th Grand Prix."

“Celebrating Bond at F1’s 1007th race was too good an opportunity to miss given our title partnership with Aston Martin,” said Red Bull Team Principal Christian Horner to the Official F1 Website. “Showcasing the world of James Bond here at the British Grand Prix, our second home race of the season is really exciting.

"Aston Martin is inextricably linked to Bond and his cars have become truly iconic so we’re really looking forward to this weekend at Silverstone.”

Red Bull will hope that their new livery will give the team a boost and perhaps they will have some other special features on their car!

Daniel Ricciardo wants an "even playing field" in Formula 1

Lando Norris: "Compared to Lance Stroll, my father is not nearly as wealthy" 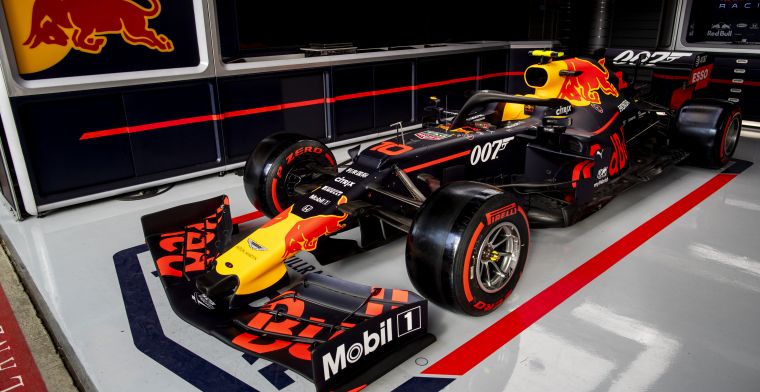