The Singapore Grand Prix was a spectacular one and in the end it was Sergio Perez who came out on top. Both Ferrari drivers had hoped to win again in Formula 1 for the first time since the Austrian Grand Prix, but the RB18 was too fast.

Charles Leclerc pressed on for a while using DRS, but eventually crossed the finish line well behind. Carlos Sainz was engaged in a long duel with Lewis Hamilton, but he eventually managed to secure a podium spot as well.

It was an excellent day for McLaren, the best of 2022. Lando Norris crossed the finish line fourth, while teammate Daniel Ricciardo got his best result of the season with a P5. The Aston Martins of Lance Stroll and Sebastian Vettel finished sixth and eighth respectively, with Max Verstappen in between. The final World Cup points went to Lewis Hamilton and Pierre Gasly. 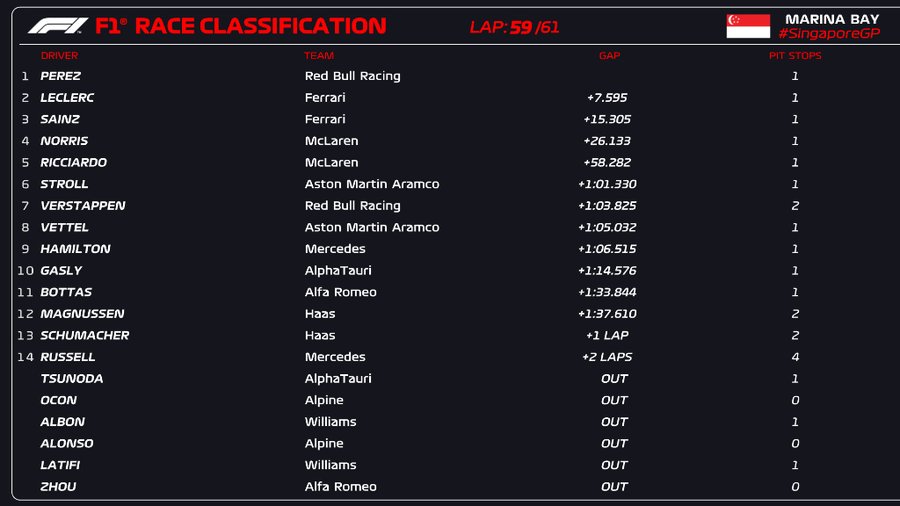 Perez not quite sure of win yet; race committee still investigating