A setback for Nyck de Vries. The Dutchman cannot travel to England and therefore cannot do any simulator work at the factory, he reported on Instagram.

After a test at the Hungaroring for Alpine, De Vries was due to fly on to London to do some more work in the simulator. However, Brexit is causing problems for the man who made his F1 debut at Monza and scored two points in the process, as his European ID is not valid to make the flight to London.

F1 2023 | What seats are still available for next season?

De Vries states in a story on Instagram that his first passport is at the embassy to get a visa for the flight to Japan and his second passport would have expired. As a result, he is flying home and not to the UK.

Russell sees strength of Hamilton: 'There he is very strong'

De Vries does mention his presence in Singapore and Japan for that weekend's Formula 1 races. Earlier, the Dutchman could also be seen training in Singapore conditions. Williams has still not confirmed Alexander Albon' s ability to race again, so there is a chance that the former F2 and FE champion will have to return to action. 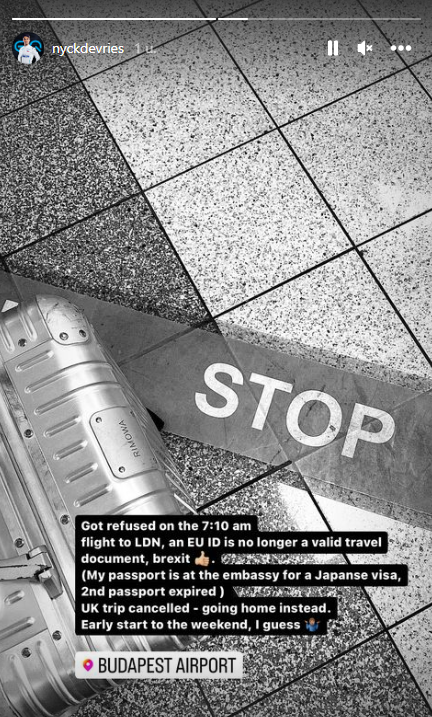