The press conferences in Austria, like in Great Britain, are held on Thursday afternoons. Max Verstappen is also present again this week. The Dutchman is expected at 15:05 local time to look ahead to the weekend at the Red Bull Ring in Spielberg.

Verstappen will be joined by Yuki Tsunoda, Esteban Ocon, Carlos Sainz and Kevin Magnussen. Over half an hour earlier, it is Valtteri Bottas, Guanyu Zhou, Lance Stroll, Daniel Ricciardo, George Russell and Alexander Albon who will take the floor. The ten other drivers are expected at the TV pen. 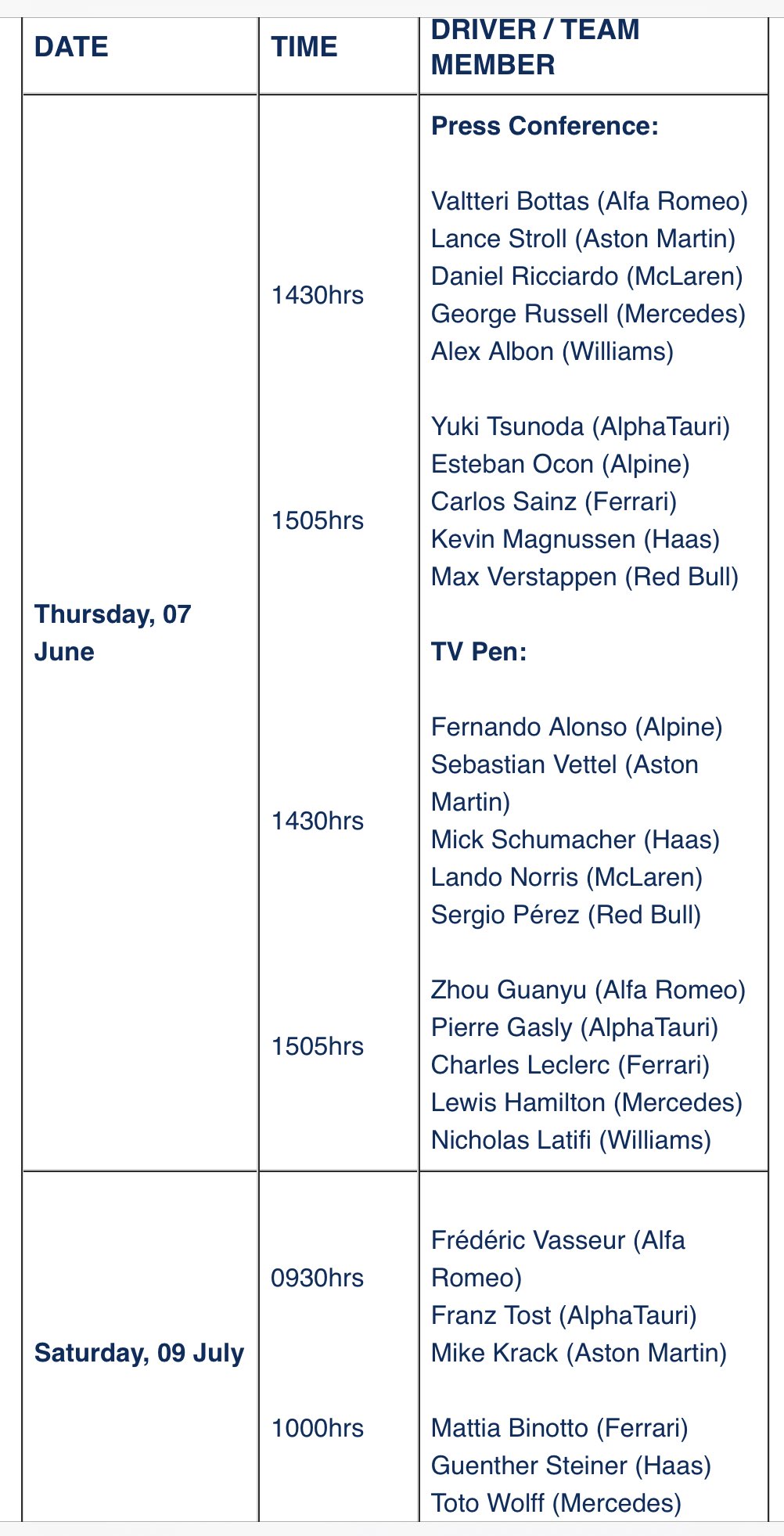 Red Bull is not bothered by Vips' departure: "No shortage of talent"

Red Bull is not bothered by Vips' departure: "No shortage of talent"