Lewis Hamilton came dangerously close at Silverstone, but was unable to outwit Carlos Sainz for the win. Like team principal Toto Wolff, he believes he would have had a good chance of victory had it not been for the safety car. He also has something to say about the protesters who stormed the track on the first lap.

In his own words, the tyres of his W13 got stronger and stronger after the second pit stop. "I was slowly starting to eat into that gap," Hamilton stated during the post-race press conference. "If we didn't have a safety car, I think I would have been able to battle these two [Sainz and Perez] at the end. But it wasn't meant to be."

The red flag was raised, but as the local authorities feared, a group of protesters ran onto the track on the first lap. A life-threatening action, but Hamilton can understand it. "Big up those guys," he says jokingly when informed of the action.

When asked to clarify his statement, the Mercedes driver said, "I love that people are fighting for the planet and we need more people like them." Presumably this was followed by a chat with his team, as Hamilton later published a statement on Instagram stressing that demonstrations should be done in a safe manner. 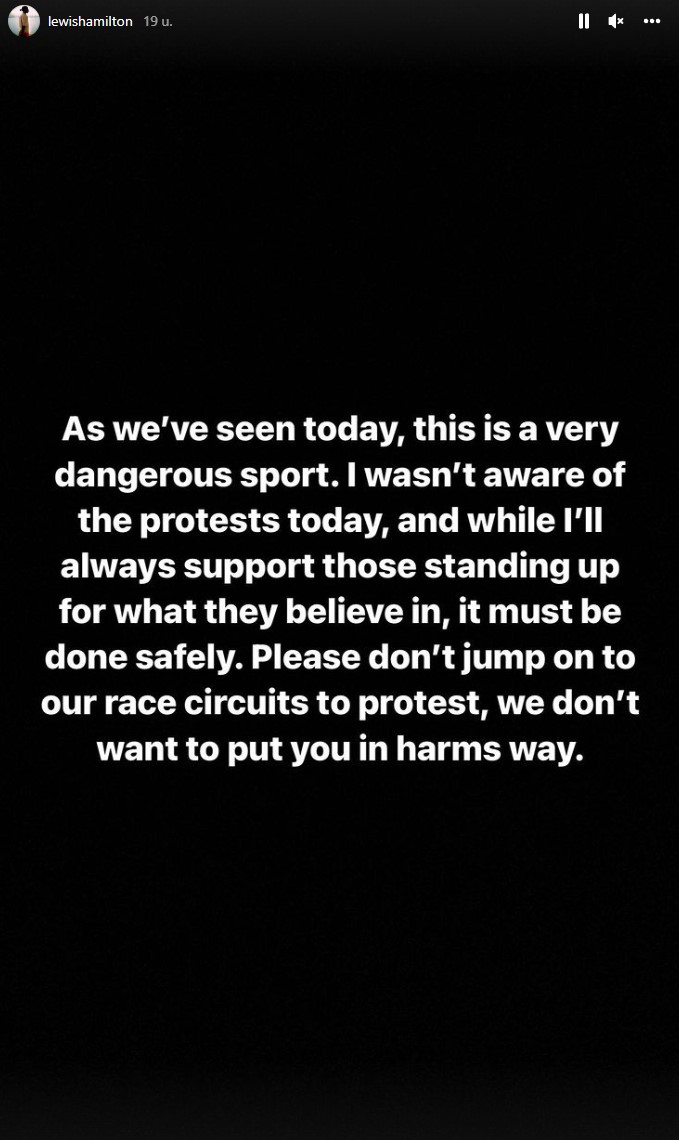 Ferrari happy with Mercedes return: 'Can take points away from Red Bull'