Carlos Sainz secured his first pole position in his Formula One career during the wet qualifying session at the Silverstone circuit. The Ferrari driver will start alongside Max Verstappen in the British Grand Prix. The reigning world champion fell 72 thousandths short on Saturday afternoon.

Charles Leclerc set the third fastest time, ahead of Sergio Perez for Red Bull. Lewis Hamilton will start from fifth place with Lando Norris by his side. Behind them, Fernando Alonso and George Russell complete the fourth row of the grid. A somewhat disappointing result for the British Mercedes driver, who was aiming for a place among the first four. 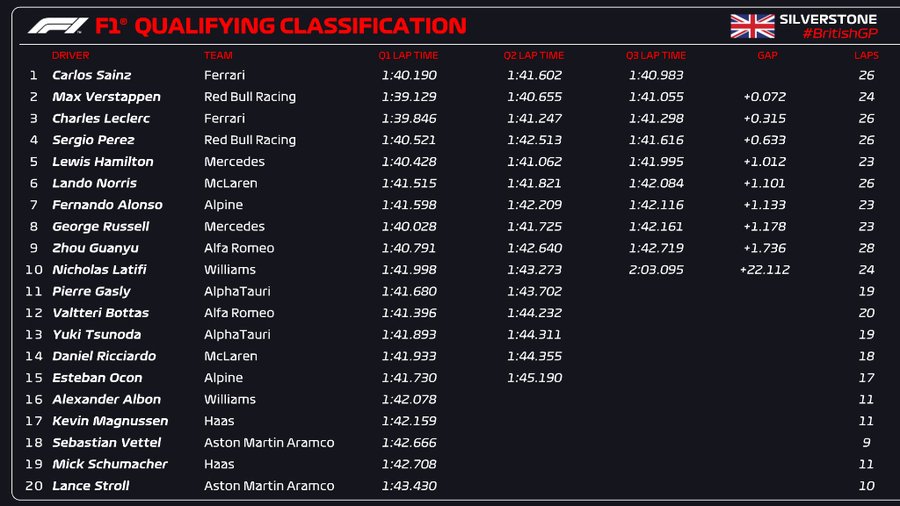