Charles Leclerc has started the weekend in 'his' Monaco well. The Ferrari driver was the fastest man in the first free practice with a 1:14.531. The Red Bulls of Sergio Perez and Max Verstappen also look competitive at first glance, so we seem to be in for an exciting weekend.

Perez concedes four hundredths to Leclerc's time, while Sainz is less than a tenth slower than his teammate. Verstappen finishes fourth, at eighteen hundredths. The Dutchman, however, did not show the back of his tongue yet. The Mercedes have a difficult time with a P8 and a P10. Especially the bouncing is something the German formation needs to solve towards FP2.

Schumacher dropped out early in the session due to problems with his MGU-K. Valtteri Bottas only drove one lap. Alfa Romeo also had technical problems, although it is not yet known what is wrong.

Verstappen balks in Monaco: 'I don't have DRS' 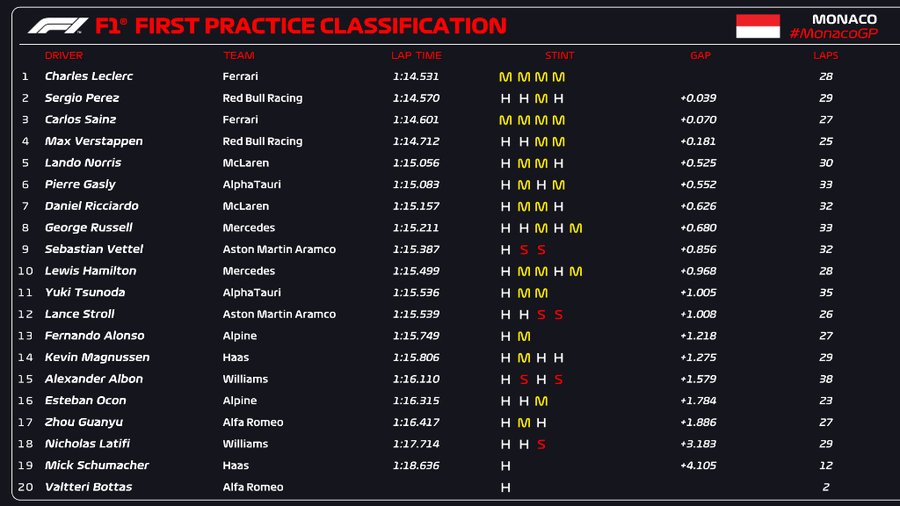 Ferrari without updates to Monaco, but new parts for Red Bull