Fernando Alonso seemed to ensure a double points finish for the Alpine team with his ninth place in the Miami Grand Prix, but some two hours into the race he still ended up outside the points. The stewards have in fact imposed a five-second time penalty on him.

The two-time world champion is said to have left the track at Turn 14 and took lasting advantage of it. Alexander Albon moves up to P9 and Lance Stroll ends up in tenth place. The Aston Martin driver in particular was lucky. He finished 4.9 seconds behind Alonso, just enough so. Incidentally, Alonso also receives a penalty point on his license. Fun fact is that Albon has now scored more points than Alonso in 2022: 3 to 2.

Wolff admits Mercedes are still "not on top" of their issues

Horner insists one-two was on the cards in Miami: "He lost 30HP"

Daniel Ricciardo also received a five-second time penalty. In turn 12, he would have had a lasting advantage in his duel with Kevin Magnussen because he went outside the lines. For him, the time penalty has no major consequences because he had already finished outside the point in the United States. However, like Alonso, he does receive a penalty point.

Penalty for Alonso in Miami 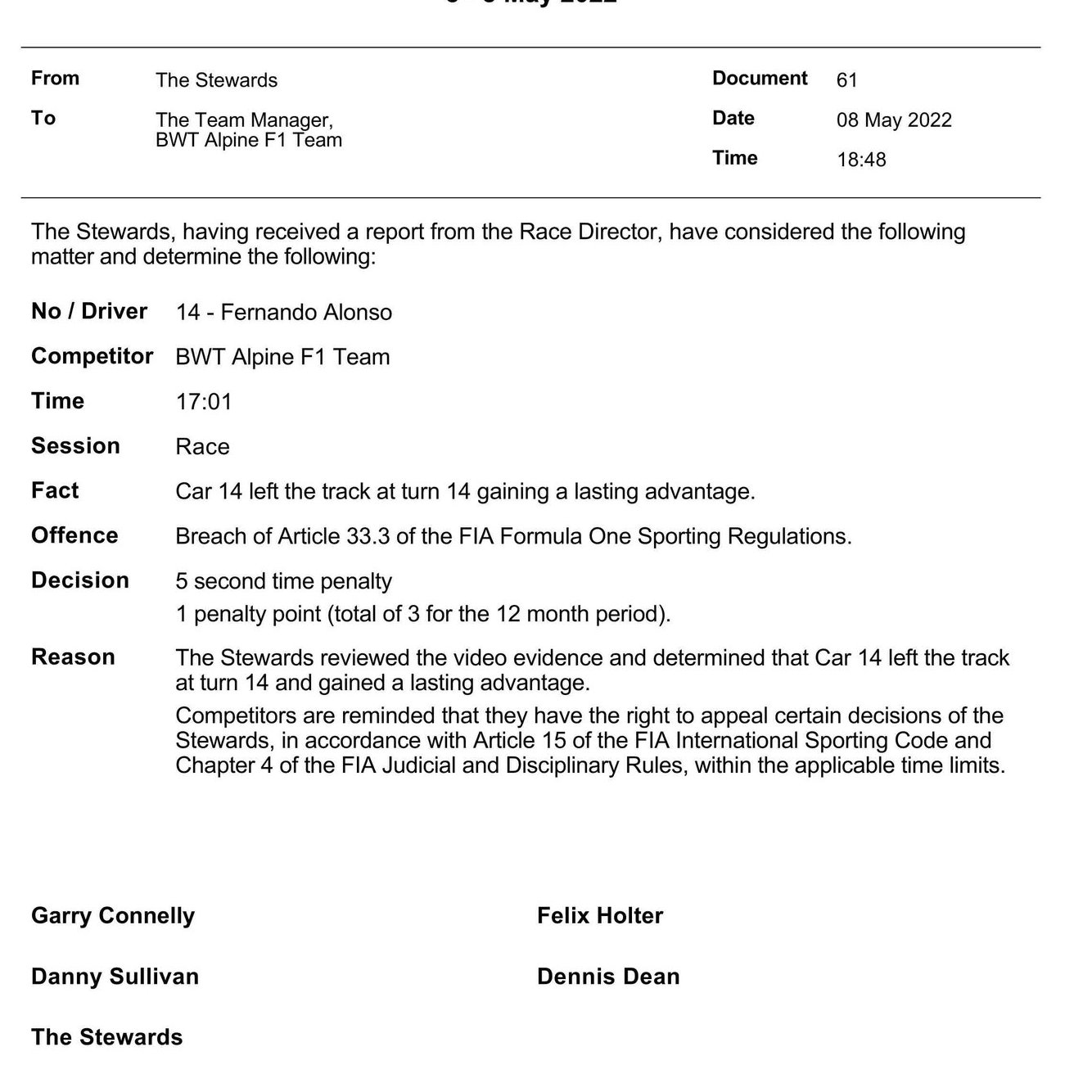 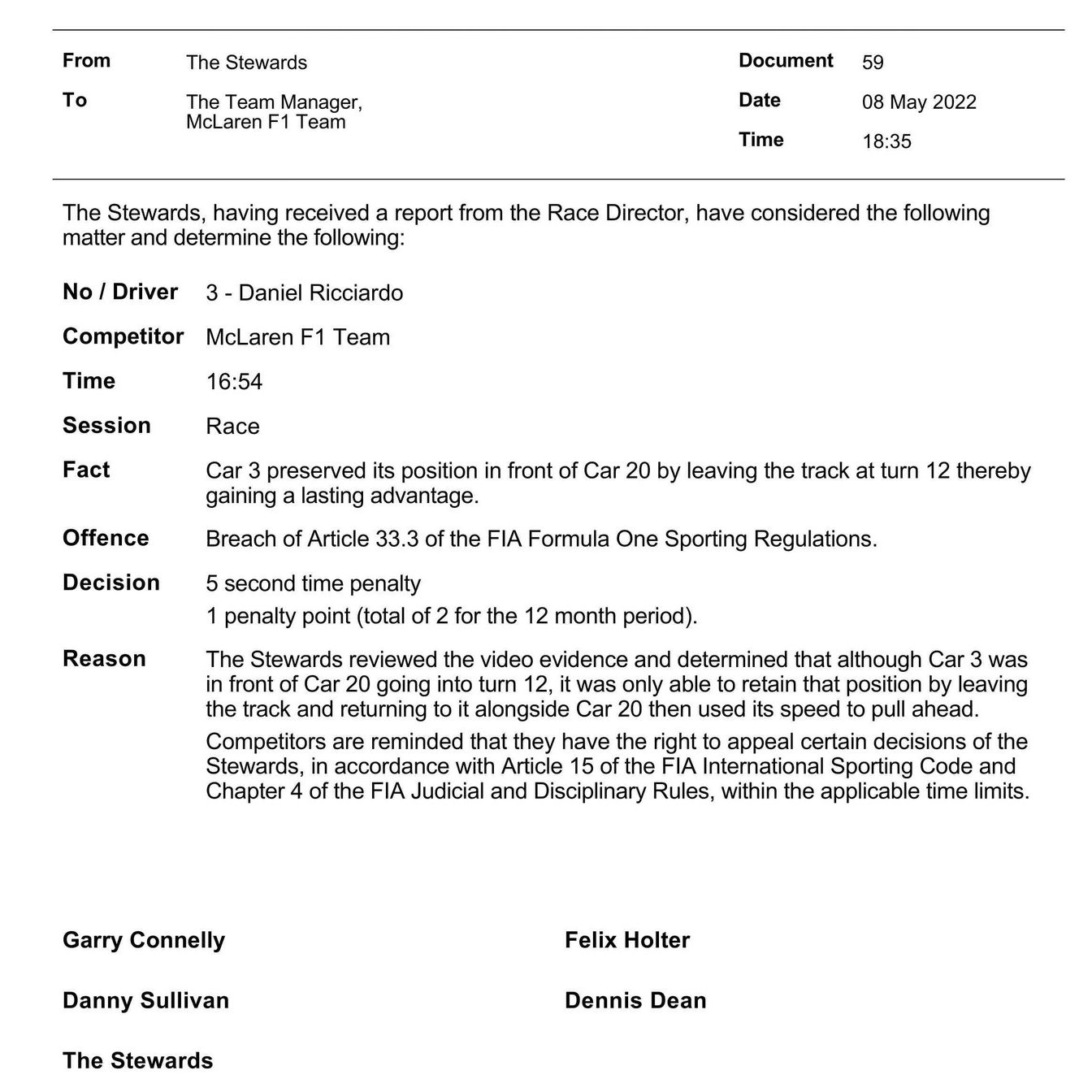