The investigation into the controversial title final in Abu Dhabi has only just begun, but for race director Michael Masi there already seem to be consequences. In an organisational chart presented by the FIA, not Masi but Peter Bayer is the president of the Single Seaters division within the organisation.

Will Mercedes get their way?

The FIA on Wednesday presented the new organisational structure under newly appointed President Mohammed Ben Sulayem. Big absentee on the organisation chart is Masi. As race director of Formula 1 since 2021, he was also the chairman of the sporting side of the Single Seaters. Nikolas Tombazis was also the chairman of the technical side of the Single Seaters. Tombazis is not on the organisation chart either.

Bottas had no role in choosing Zhou: 'I trust Vasseur'

Homesickness to Australia made for tough times for Ricciardo

Instead of Masi or Tombazis, Bayer is now indicated as chairman. Bayer was already Secretary-General Motorsport within the FIA for several years, but now also seems to be taking on the role of Single Seaters President. Behind the scenes Mercedes is said to have insisted on the departure of Masi and Tombazis. Mercedes in its turn would not continue to litigate against the result of the race and thus the title of Max Verstappen. At first glance Mercedes seems to get their way.

Masi not gone as race director

Another possibility is that Masi will keep his job as race director, but will no longer be allowed to write the rules. Bayer would then take over that function from Masi. In this way the FIA would meet Mercedes' needs, but would minimise the loss of face. 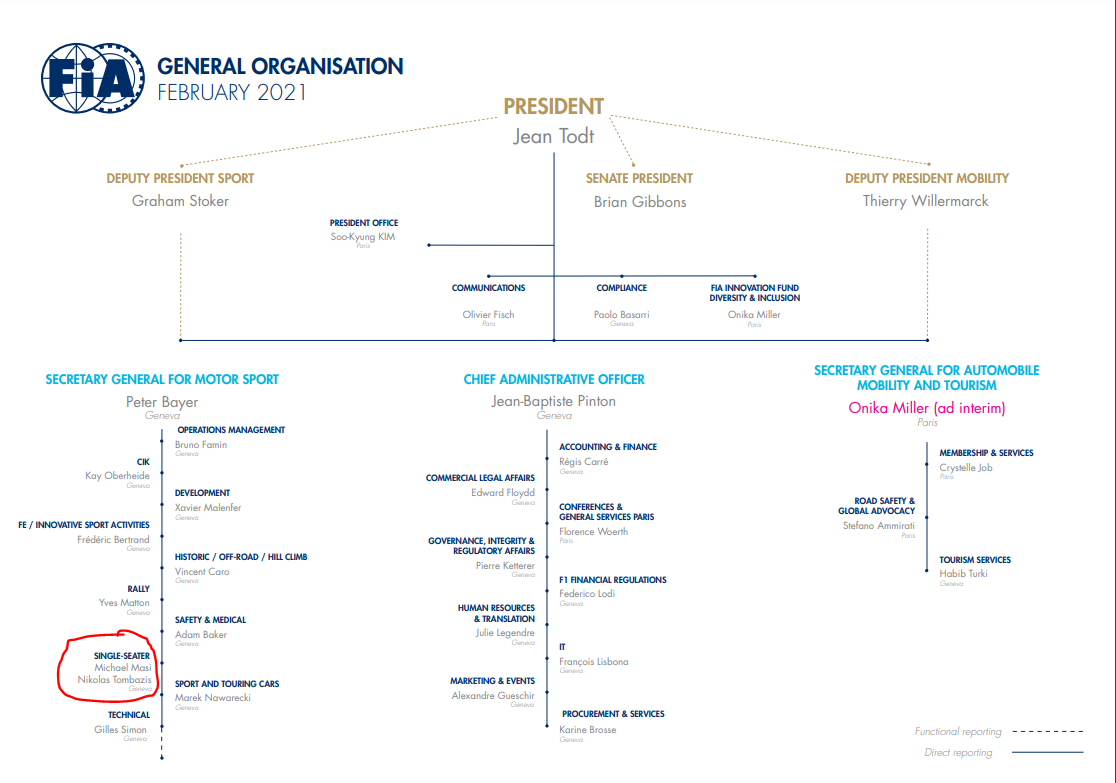 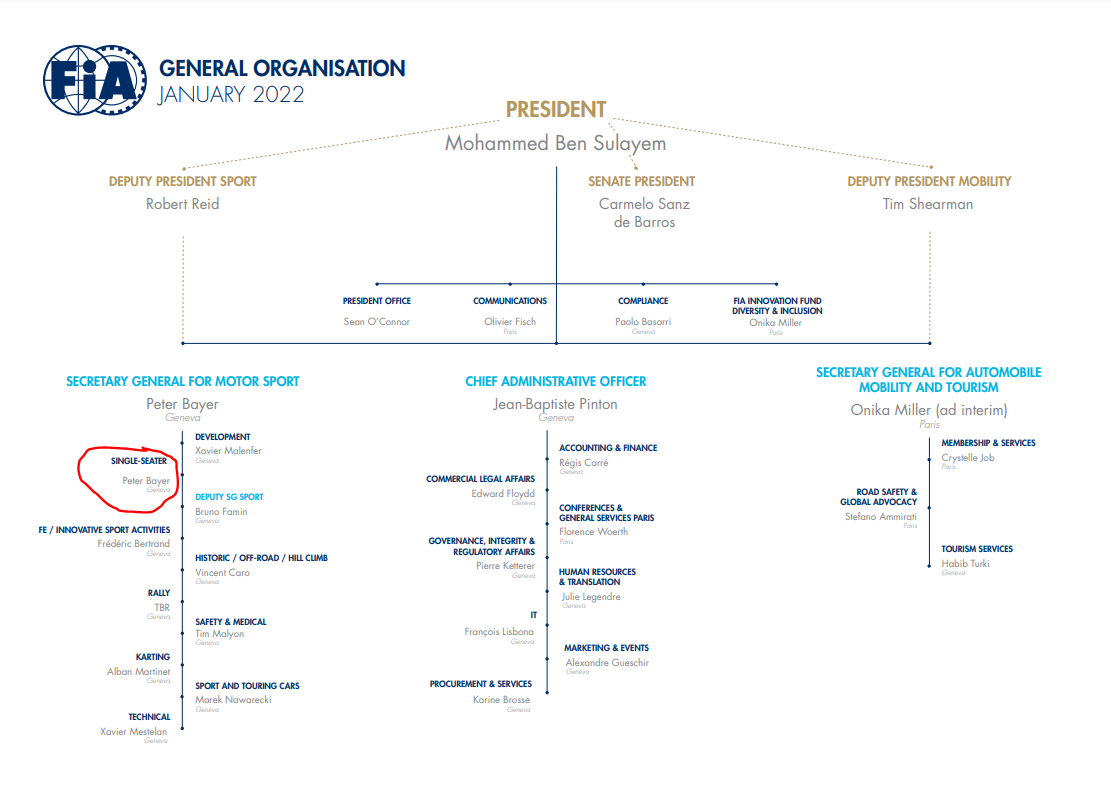