Max Verstappen was hit hard on the first lap of the Hungarian Grand Prix by Lando Norris, who in turn was hit from behind by Valtteri Bottas. Result: a heavily damaged Red Bull Racing car that Verstappen barely could bring to the finish. But how severe was the damage exactly?

When the red lights went out in rainy conditions Bottas got off to a bad start. He immediately lost a number of positions and found himself behind Norris. Due to an error in judgement, the Finn braked too late, torpedoing Norris who in turn hit the side of Verstappen. Norris and Bottas retired from the race, as did Sergio Perez, who was later hit in the accident.

Verstappen was able to continue his way with great difficulty and with the new photo, it is clear why things were so difficult. On Reddit a photo has surfaced of the heavily damaged car of Verstappen just after the race, posted by a Redditor with the name gildflint.

Honda: 'Risk was too big to not replace engine for Verstappen'

No holiday in Australia for Ricciardo, so he'll have to go home early?

Lots of damage to RB16B

The photo shows that pretty much the entire bargeboard on the right side in front of the side pod was destroyed and loose parts were removed during the red flag. Verstappen had to drive around for 70 laps with the damaged RB16B in which he complained of difficulty braking, understeer and oversteer. The Dutchman eventually finished ninth after Sebastian Vettel was disqualified. 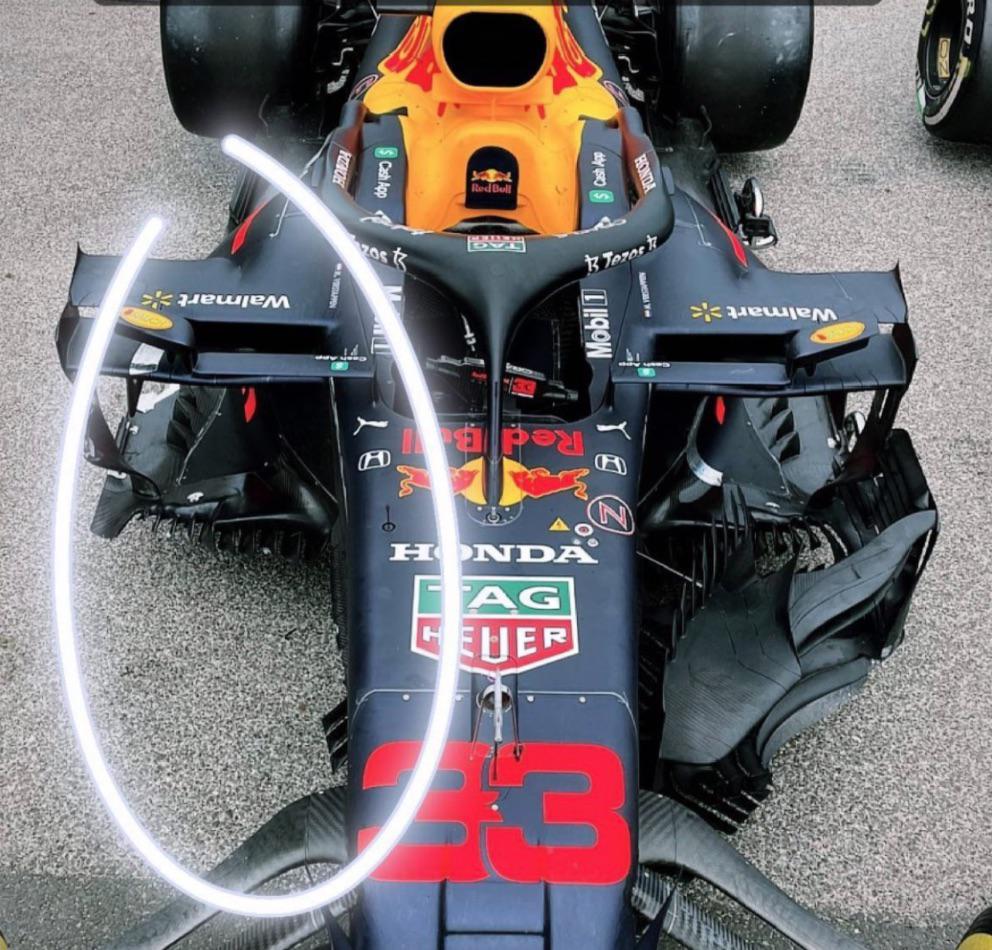