Lewis Hamilton was jubilant after securing pole position for the sprint race, but he lost the first position before he got to the opening corner. Max Verstappen had a better start, and the seven-time World Champion is forced to start the British Grand Prix from second-place.

"I gave it everything today. I have to give a lot of love to these fans, the support means the world to me. Tomorrow we fight again. I hit the target on my start, it's just not good when you lose from P1. But we'll turn a negative into a positive tomorrow. Every point counts, but I'm grateful to have finished," Hamilton said during the parade.

In Sunday's British Grand Prix, Hamilton will try to recover. He hopes Mercedes will be able to improve their starts as this is where he sees the strengths in Red Bull.

"Tomorrow as I said, we'll fight again. They're just so strong, in the race he was pulling away. Nothing I could do to hold onto him. We've got to be in front somehow. They've done a great job with their engine, their starts are great. We've lost performance on the starts, we've got to work hard to improve that," Hamilton added. 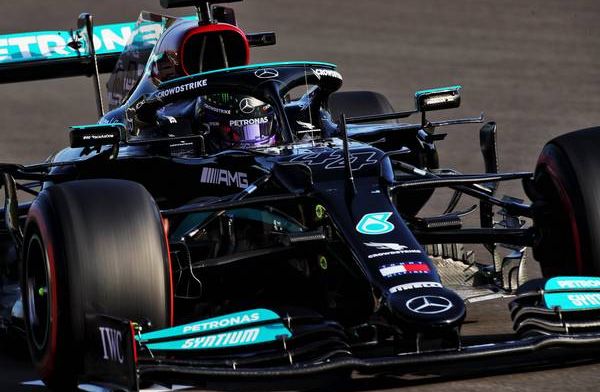