The circuit in Melbourne will be changed considerably in the near future. A lap of Albert Park will therefore be just over five seconds faster in a Formula 1 car. The Australian Grand Prix is scheduled from November 19 through 21 and all changes should be done before that time.

Melbourne is traditionally always the opening race in Formula 1, but on the semi-street circuit it is often a parade. Overtaking is difficult and that has been the main reason for the changes to the circuit. "The organisers hope the changes will provide more overtaking opportunities and lead to faster and more competitive racing at the Australian venue," reads the F1 website.

Norris doesn't understand why Verstappen had to give up a place

A total of seven corners on the circuit will be modified and two corners will be completely removed. The changes are expected to increase the average speed by approximately 15km/h. In qualifying, times of 1:15.800 will be set. Lewis Hamilton's pole position time in 2019 was a 1:20.486.

"The most obvious change to the parkland circuit will be the removal of the chicane at Turn 9 and 10 to create a sweeping right hander instead, as well as the possibility of an additional DRS zone. Meanwhile, there will also be a widening of the track at Turns 1, 3, 6, 13 and 15 – while Turns 13 and 15 are set to have their cambers altered to allow multiple racing lines." 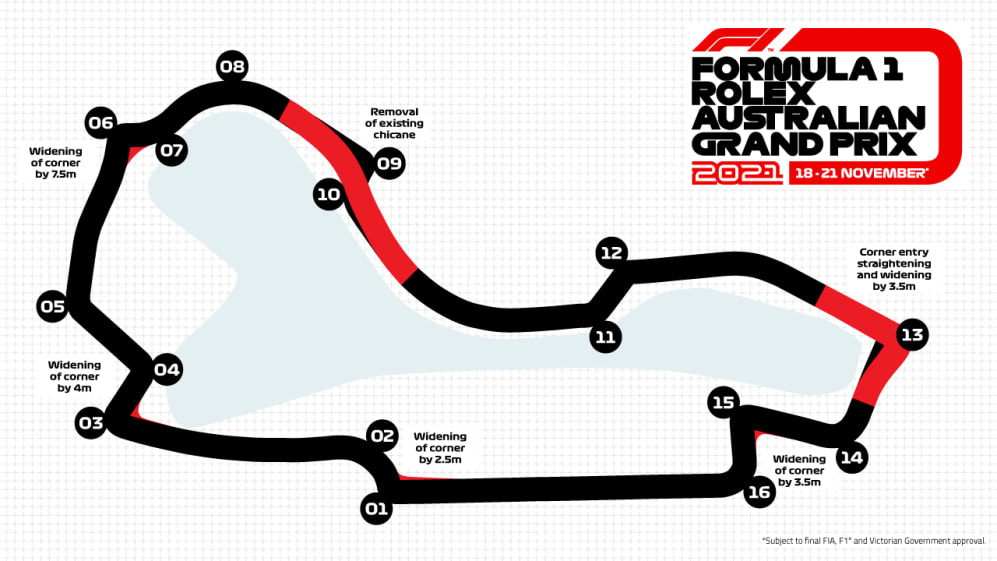