For 2021, the FIA has instituted new guidelines to reduce the downward pressure generated by the floor and diffuser. Among other things, it means that the strokes of the diffuser are allowed to stick out less far downwards. However, McLaren seems to have found a loophole.

Indeed, at all other teams, those strokes are cut off at the same height, as far as the new regulations allow. According to Motorsport.com, McLaren have discovered something that allows the team to have a part of the diffuser stick out further.

The two middle guides are the ones in question. At McLaren, these are attached to the middle part of the floor (where the wooden plank is). Because of the gradual transition between the diffuser and the floor, this allows the team to cobble together some extra length for the strokes. This allows more air to be moved through the diffuser and thus generates more downforce.

Perez: 'The team has been very kind to me, Max too' 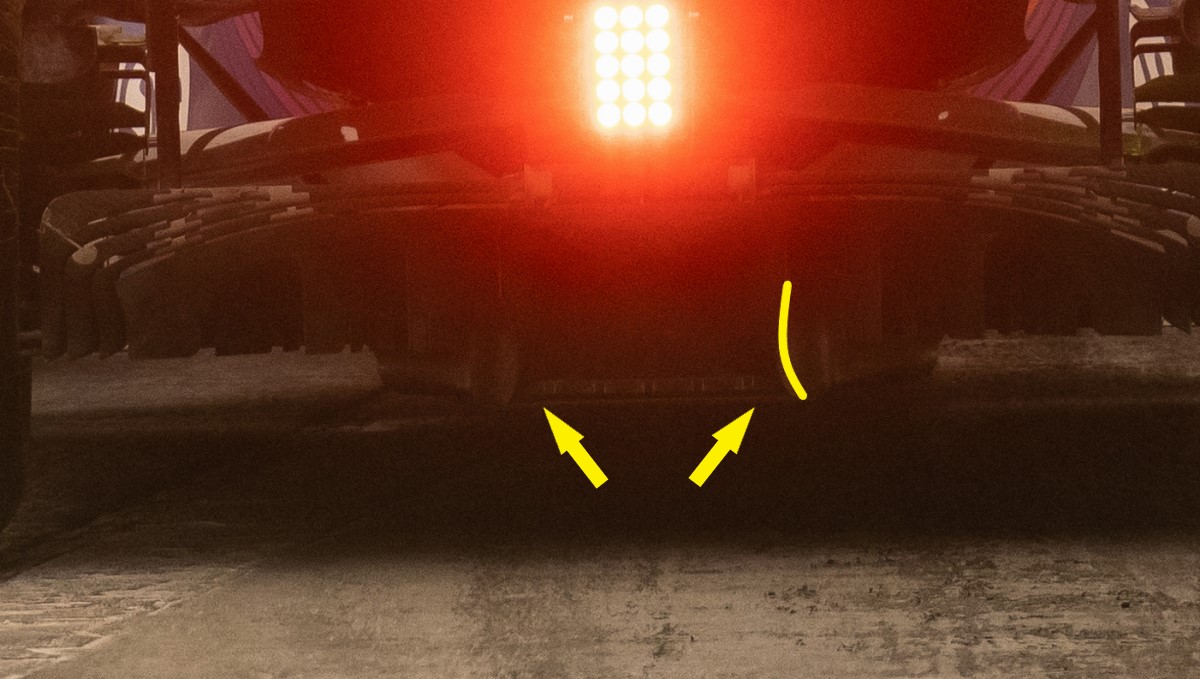 According to Motorsport, the other teams are definitely going to look at this, but because the diffuser is such an integral part of the design and the teams have little time before the season starts, it's unlikely that the competition will have this on their car in the near future.