Lewis Hamilton has tested positive for the coronavirus, which means that the Brit will not be in action for the second Grand Prix in Bahrain. The question now is who will replace the Brit? Stoffel Vandoorne appears to be the candidate to be selected.

Hamilton took a coronavirus test on the Monday after the Bahrain Grand Prix after he felt slight symptoms in the morning. Hamilton also got bad news during this test and so the driver of Mercedes has to go into isolation. Mercedes must now at least look for a replacement for the Bahrain GP.

Mercedes have two logical replacements and that is Stoffel Vandoorne and Esteban Gutierrez. Vandoorne is the most obvious choice of those two with his most recent experience in Formula 1 and with Formula cars, but the Belgian is still in Valencia.

There Vandoorne is testing for Mercedes, but for the Formula E team. According to Luke Smith, Mercedes have announced that Vandoorne will fly to Bahrain after this test, but whether he will race is unclear. It seems like the most likely choice. Promoting George Russell may still be an option, but is under contract with Williams. A big outsider is, of course, Nico Hulkenberg, who will return in many memes in the coming week. However, that does not seem to be the obvious choice.

Mercedes says designated reserve Stoffel Vandoorne is driving at the Formula E test today, so will complete that and will then travel to Bahrain. But doesn't say he will be in the seat #F1 #SakhirGP

Check out the Story of the CRAZIEST F1 Season in History HERE! 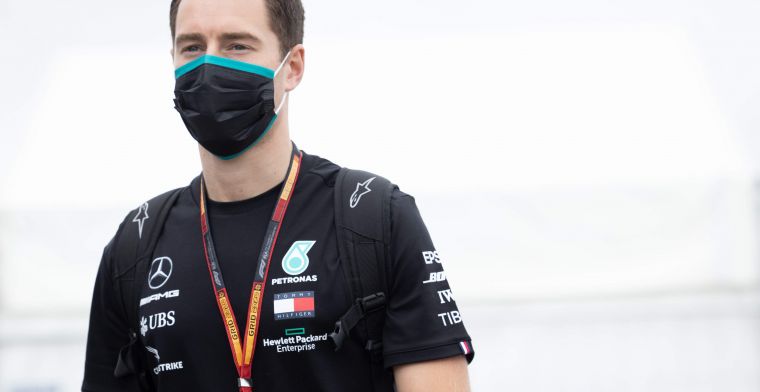