Mick Schumacher is not expecting to be in Formula 1 anytime soon and is instead focusing only on performing on Formula 2. Son of the great Michael Schumacher, much hype has surrounded his racing career. He will need a few more seasons on Formula 2 before he has learnt the skills to make it in F1.

"If I get the chance, I'll grab it with both hands," said Schumacher Jr. at the 'SportpresseBall' in Frankfurt. "Unfortunately, it is not yet realistic to think about it now."

Michael Schumacher's wife on the F1 legend: "He is in the very best of hands"

"It was not an easy season, but you learn from setbacks, you grow from it. I learned to never give up."

The Prema driver is currently eleventh in the battle for the title in the entry-level. He did, however, win the sprint race in Hungary.

Jolyon Palmer says Lewis Hamilton has the "mentality of a champion"

"This gives me the strength to hopefully win more victories and titles in the coming years."

The young Schumacher will hope for a strong season in Formula 2 next year and prove that he has the skills to make it in Formula 1. 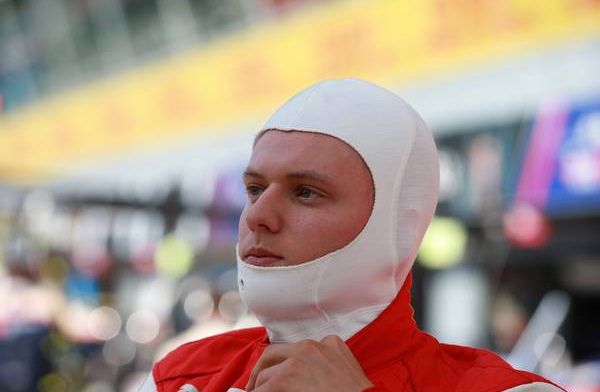