Gamers across the world love that feeling of lining up on the most famous tracks in the world, driving the most famous cars in the world. Every year Codemasters releases a new F1 game to bring that feeling a little closer to the fans and this year a F1 2019 will be released. The release is earlier than previous seasons, so GPblog travelled to Hamburg to test the game. Just like the real F1 season of 2019, some sensational changes are waiting in the game!

Unfortunately, the game modes that were available in the preview do not give the full picture, the career mode was not available, and we could only race on a few specific circuits: That or a time trial or a challenge, driving as Alain Prost or Ayrton Senna. It did not spoil the fun, and we got a good idea of ​​what exactly is different compared to previous editions!

Just like in real F1, the 2019 rules are applied to the cars: wider front and rear wing. Driver weight does not play a role, bringing more gasoline was never an issue in the games and the colder rear tires warm you up naturally. No groundbreaking innovations during a race itself such as the ERS of F1 2018, but that does not mean that it does not have any new features. Far from, just not directly in the Grands Prix itself.

One of the biggest headlines of the F1 game in recent weeks was of course the addition of Formula 2. Imagine yourself as Alexander Albon, George Russell or Lando Norris as you first make your way through F2 before you earn a place in the promised land of F1. The focus in F1 2019 seems to have been mainly on perfecting the F1 part, in order to bring in an accurate representation of Formula 2. F2 has therefore been worked out to the finest detail, albeit with the 2018 season; the latest version of Formula 2 will appear as an update after the release.

Not only the cars, the teams and the race weekend of the F2 are completely different from the F1, but also the way you work within a team is completely different. There will be even more focus on rivalry (and friendship), in order to provide more variables for the player.

To give an example: As a player you are the second driver and you get a team order (a new feature, only in the F2 part) to let your teammate pass by. Instead of imitating Valtteri Bottas or Charles Leclerc, you squeeze out a Max Verstappen in Singapore in 2015: 'Nope'. Not only your team will thank you for that, the relationship with your teammate can suddenly be compared to that between Hamilton and Rosberg: More sensation and more choice for the player.

Our question marks in this regard are of course practical: What if you do not drive directly in front of your teammate? Only on the most difficult levels of difficulty does your teammate know how to get the same out of the car and you will end up in that situation: In all other cases, this team will struggle around at the back while you fight for points (or even podiums).

These are nice gimmicks, but are they really worthy additions? Yes, even in the form that we were presented with. Driving an F2 car on an F1 circuit, all the lessons learned in F1 are rendered immediately useless. Lower speeds, completely different braking points and a totally different feeling at the wheel. If you are just a bit used to the F2 cars and you take a seat in the standard Red Bull or Ferrari, then it works the other way: Later brakes, higher speeds and many more adjustment options.

In addition, the F2 weekend is completely different in terms of structure (reversed grid, point distribution, two races), and that it really is a huge difference. Although it is not forced, there is a thought behind this: If you switch to F1 when the F2 season has ended, you can do better by starting with a smaller team first. The expectations are many times lower, (apart from Toro Rosso perhaps, we already know Helmut Marko's requirements). An extra piece of role-playing for the player, to really start as a rookie from the lowest step.

Formula 3 has not (for the time being) been added to the game, but the developers we spoke in Hamburg already seemed to be playing with the idea. The only question is whether it could remove the focus from F1 too much. F1 2019 already gives you that idea. Nothing wrong with that, since it will really provide more diverse gameplay and possibilities, but the F1 will then feel less of a focus.

Is F1 completely the same, apart from the legislative changes? Luckily not! The graphical aspect of F1 in particular has been improved considerably, so all fans who enjoy realism can lick their lips in anticipation. The colours are fuller, the shadows are tighter and the light has also been refreshed. Driving under artificial light (the only example that was available was Bahrain) is a totally new experience, with shiny cars, tires and in some places the asphalt!

For the rest, the Formula 1 part is pretty much the same: No new circuits this year and no major additions like ERS to make catching up even easier. However, you will notice the larger rear wing and therefore a more powerful DRS has found its way to the game. A small difference for the time being, but that has also become apparent in the 2019 season in F1.

Another supplement is the CV that you build up as a driver. Complete with achievements, you as a racer can show how good you are compared to other drivers. Beautiful catch-up actions are not only shown to you once as a racer, but you can also export such highlights in the new F1 game as a video. You will be able to all your career highlights – and lowlights in a short summarizing video.

It had a huge reaction when announced: The Legends Edition. Driving as Alain Prost or Ayrton Senna against the other legend in the cars with which they also went wheel to wheel. We of course (one day before the anniversary of the death of Senna) in Hamburg were ready for that fight: Sadly for us, it was a big anticlimax. As it was in the preview build, it is nothing more than a repeat of the 'classic cars' from the previous game.

On Monza with either Prost or Senna catch up on an X number of cars before you have to pass the big rival. It drives a bit faster and is therefore more difficult to pass, but the promised action is still lacking considerably.

Well, this was Monza and not the streets of Monaco, but a true replay of the legendary duels between Senna and Prost, which we couldn't find. However, it is a pleasure to drive the classic cars, almost longing for a gear lever next to the steering wheel to make you truly think that you are Senna.

For the solo experience, you have to try the F2 part, it’s great! As expected, the multiplayer aspect is considerably different from the solo experience and this part stands on its own. No matter how good you are in a career, as soon as you race against others, you start with a clean slate.

Everything you do after that will develop you as a driver. Not only during league races, but also the random multiplayer GPs ensure that the player becomes a unique driver. Points earned by participating in events can be exchanged for modification options. If you want to adjust the livery of your car (only in the multiplayer), then that will cost you points. By participating in weekly activities, you earn that currency.

Not only the livery of a car can be adjusted by earning and spending points, but also your equipment (overall, helmet, gloves) and your logo can be modified. Note that this only applies to multiplayer and that is why such points can only be achieved in multiplayer modes. Think of 'catch X number of cars in a specific event' or 'qualify in the top ten in one online race'. If you don't have the multiplayer, then you don't have to worry about a modified livery or helmet.

Codemasters also cannot deny that the league races have become immensely popular and will therefore come up with a series of extra options to make that more streamlined in the F1 2019 version. More roles (racer, admin, owner), more options to keep a league public or closed and a trophy cabinet for your league!

The difference in the solo experience of F1 2019 is mainly the extensive Formula 2 part that can now be found in the game. Work your way up (via a junior program depending on your F2 team) and ultimately become champion in the premier class. In multiplayer, the seasoned F1 racer will enjoy the possibilities to adjust more and to distinguish themselves even more from the rest. Both the gaming experiences, at least while enjoying even better graphics and details, making the new F1 game even more realistic. At the end of June (June 25 for buyers of the Legends Edition, 28 for the normal version) the game will finally be on the shelves, so you can immediately drive your own version of the Austrian Grand Prix while the real one is on TV! 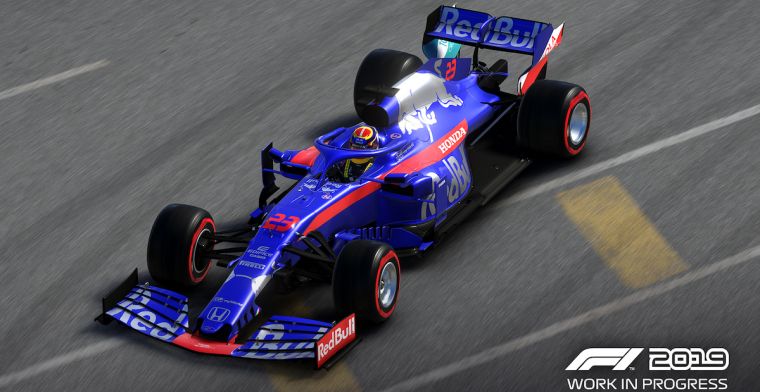 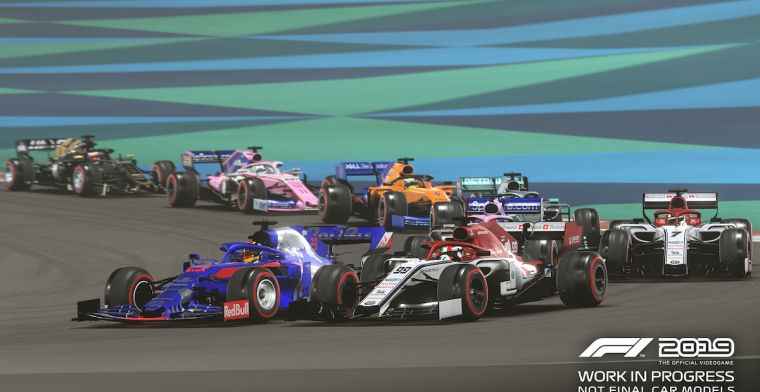 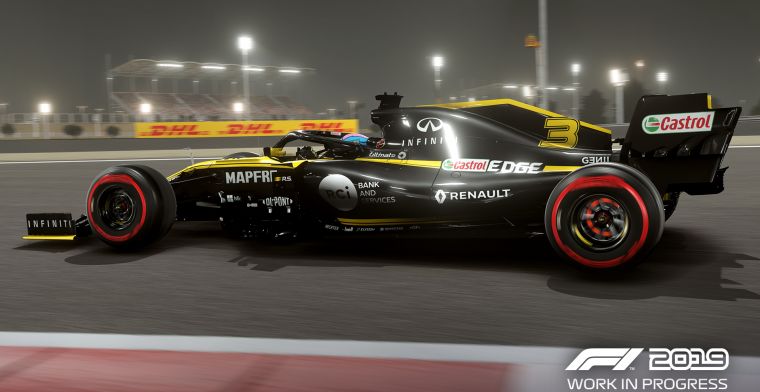 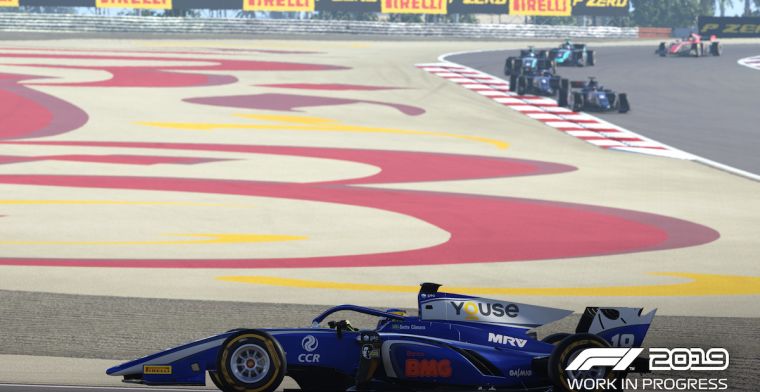 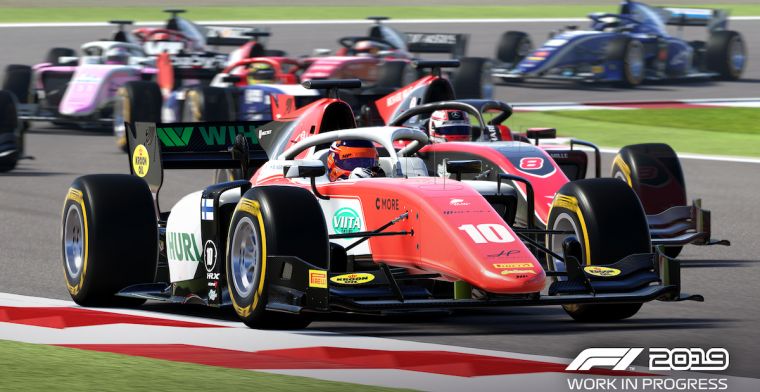 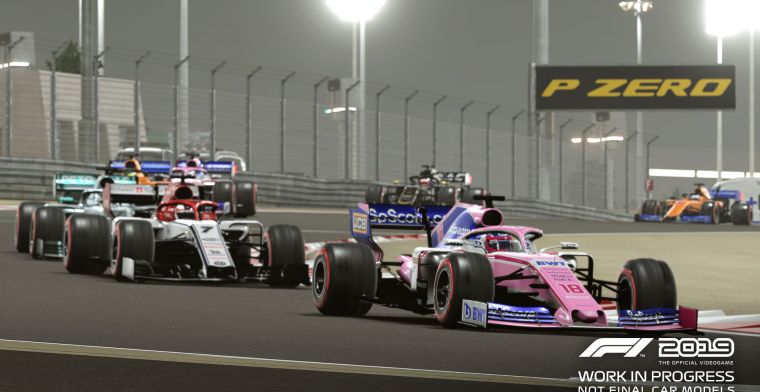 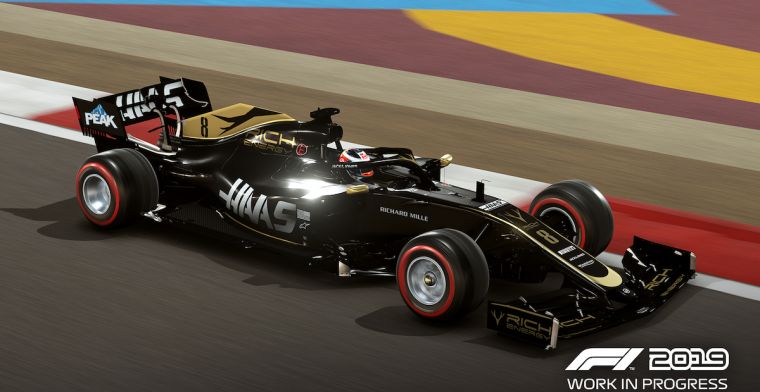