Photos have been taken of the new Alfa Romeo and it has a drastic new livery. Sauber has been taken over by Alfa Romeo who perhaps are looking to stamp their own mark on the team. Alfa Romeo are due to reveal their car in Barcelona on Monday when all teams start their winter testing.

Kimi Raikkonen has been snapped driving the new Alfa Romeo with a special Valentines day livery.

Fans with a good eye will notice that the front wing is very different to that of cars which have already been unveiled. It is not known if this wing fits the new 2019 regulations but the fact that the wing doesn't connect with the endplates could suggest that they have found a loophole in the regulations.

With Alfa Romeo's close links with Ferrari will we see them come out with something similar? 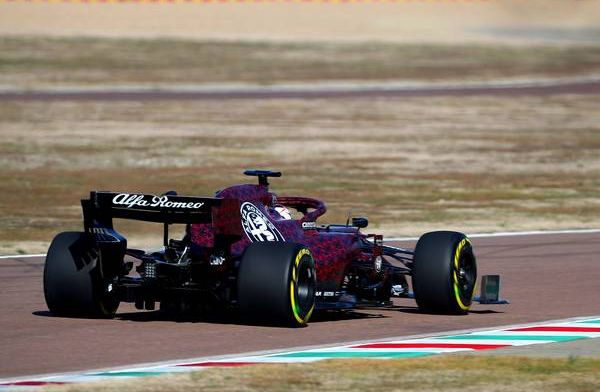