The Formula 1 calendar for 2023 has been confirmed. The FIA World Motor Sport Council has approved the proposal, which means next year's season will consist of 24 Grand Prix weekends. The British GP is scheduled for July 9th.

The season starts early, as much as two weeks earlier. On 5 March, the first Grand Prix of 2023 is scheduled in Bahrain. In the first part of the calendar, China's name further stands out. On 16 April, the king class of motorsport should be racing again for the first time since 2019, but the corona virus situation will undoubtedly go a long way in influencing whether or not the weekend goes ahead.

The Formula 1 calendar features two triple-headers next year. Imola/Monaco/Spain and Austin/Mexico/Brazil. The season traditionally ends in Abu Dhabi, on 26 November. The South African Grand Prix is missing from the calendar. However, this weekend is still expected on the programme in 2024.

Because the Dutch Grand Prix now takes place not in the first week of September, but in the last week of August, the Belgian GP has been moved to before the summer break. It is the last race before drivers and teams embark on a well-deserved four weeks' holiday.

Where sprint races will be organised next year is still unknown. This is yet to be announced by the FIA and Liberty Media. It will probably be three weekends again. 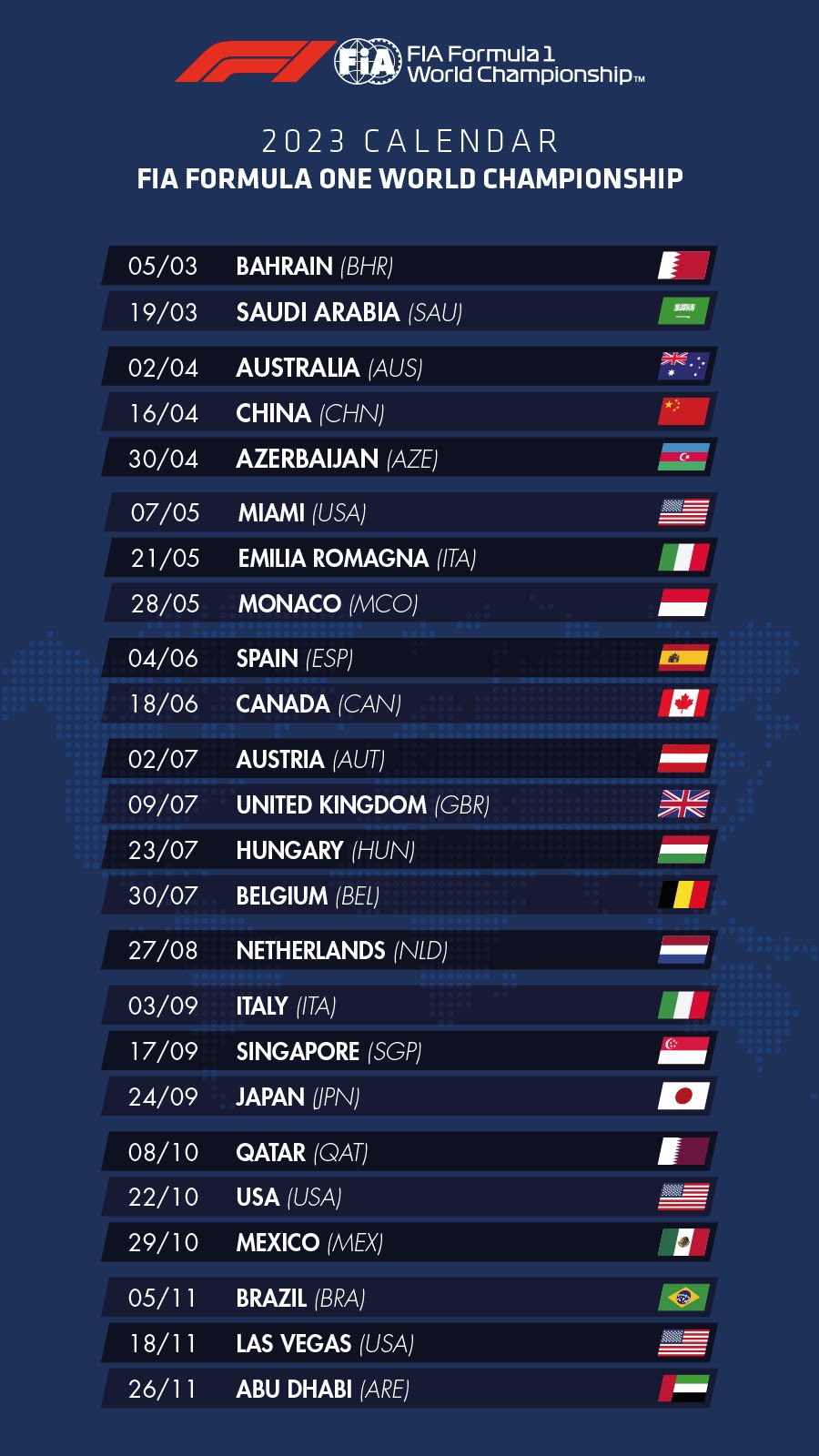