After the Triple Header of Belgium, the Netherlands and Italy, the F1 teams and drivers can recharge their batteries during a two-week break. After that, the Singapore Grand Prix will take place. Read here in GPblog's F1 Social Stint what the drivers and teams are doing with that time off.

Lando Norris has now built up an impressive CV. Not only is he a Formula One driver, but the Brit appears to have talent as a DJ too. McLaren shared images on Twitter of Norris spinning records in a club. Earlier this month, the driver was often spotted with DJ Martin Garrix. Norris has found a new hobby thanks to the Dutchman.

Verstappen: 'Red Bull's problem was not just weight, but also its location'

From practice to main stage… This boy moves fast.

'Penguin' Verstappen pictured with 'his flamingo'

Max Verstappen is enjoying the free weeks he has now that F1 is out of action for a while. On his girlfriend Kelly Piquet's Instagram channel, the reigning world champion can be seen wearing a dinner jacket. In the caption, Kelly talks about the penguin and flamingo. Referring to Verstappen's tailored suit and the pink dress she herself is wearing.

De Vries to Williams in Singapore? 'This is not good for Latifi either'

Kimi Raikkonen has proudly announced on his Instagram that his son finished on the podium in his very first kart race. Now that the Finn himself has retired, the focus turns to his little son, who seems to be a racing talent just like his father. Who knows, we might also see Raikkonen junior in Formula 1 in the future.

Esteban Ocon celebrates his 26th birthday on Saturday and Formula 1 is not letting that go unnoticed. F1 has made a compilation of the Frenchman's best and funniest moments. These of course include jokes with teammate Fernando Alonso and his special first victory in Hungary in 2021. Bon Anniversaire, Esteban!

Here's to making many more special memories with you, Esteban! #F1 @AlpineF1Team pic.twitter.com/4j7LqcSSak

A young Max Verstappen fan couldn't believe his luck when his idol suddenly took a seat at a table next to him at a restaurant in Ibiza. The Red Bull Racing driver, who is enjoying some well-earned free time, was not shy about having his picture taken with the young F1 fan.

Charles Leclerc was present in Turin on Wednesday night for the Champions League match between Juventus and Benfica. There, he met French star player Paul Pogba, who was in the stands due to injury. This allowed the two to swap shirts nicely, as seen on Pogba's Instagram page. Leclerc's presence did not help Juventus, as they lost 1-2 at home to the Portuguese club. 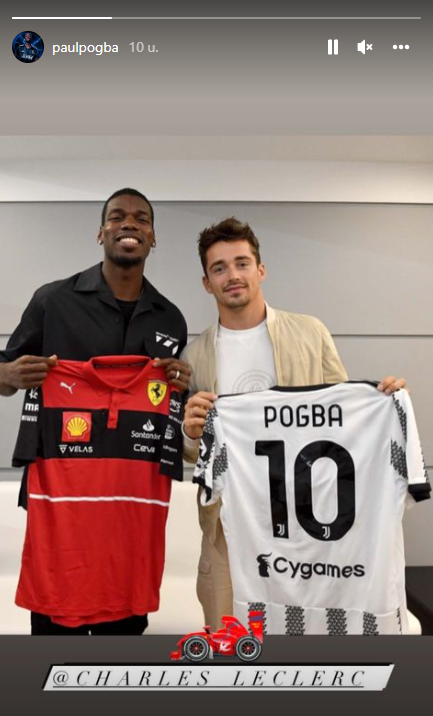 Verstappen having fun on the water

After a busy triple-header in Europe, Formula 1 drivers are in need of some well-earned rest. With over two weeks to go before he is expected in Singapore, Max Verstappen is also looking to relax. A video on his Instagram page shows him having a great time on a jet ski, a favourite pastime of the Dutchman.

Norris out with Martin Garrix

That Max Verstappen and Martin Garrix are good friends is well known, but Garrix now also shares a story with Lando Norris on his Instagram account. The two are sailing while the weather is still nice. Don't blame the two. 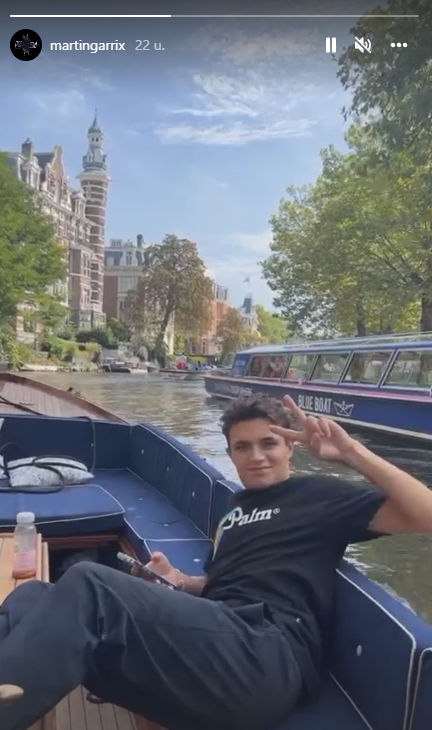