Max Verstappen will start the British Grand Prix from the front row of the grid, alongside his former teammate Carlos Sainz. To his own surprise, the Ferrari driver secured his first ever pole position at a wet Silverstone.

Sainz will be keen to turn his first pole into his first win, but will have to take on Verstappen to do so. The championship leader is also targeting his seventh win of the season, which would extend his lead over Leclerc.

Weather Update | It's drizzling in Silverstone, drivers are on slicks

Verstappen, in turn, will have to fend off attacks from Leclerc, who will start behind him. Sergio Perez, on the other hand, has his sights set on taking third place from Leclerc. It will also be interesting to see what the Mercedes drivers can do, as both George Russell and Lewis Hamilton have indicated they want victory in their home races. Whether that is too ambitious will become clear during the race, which starts at 15:00 local time. 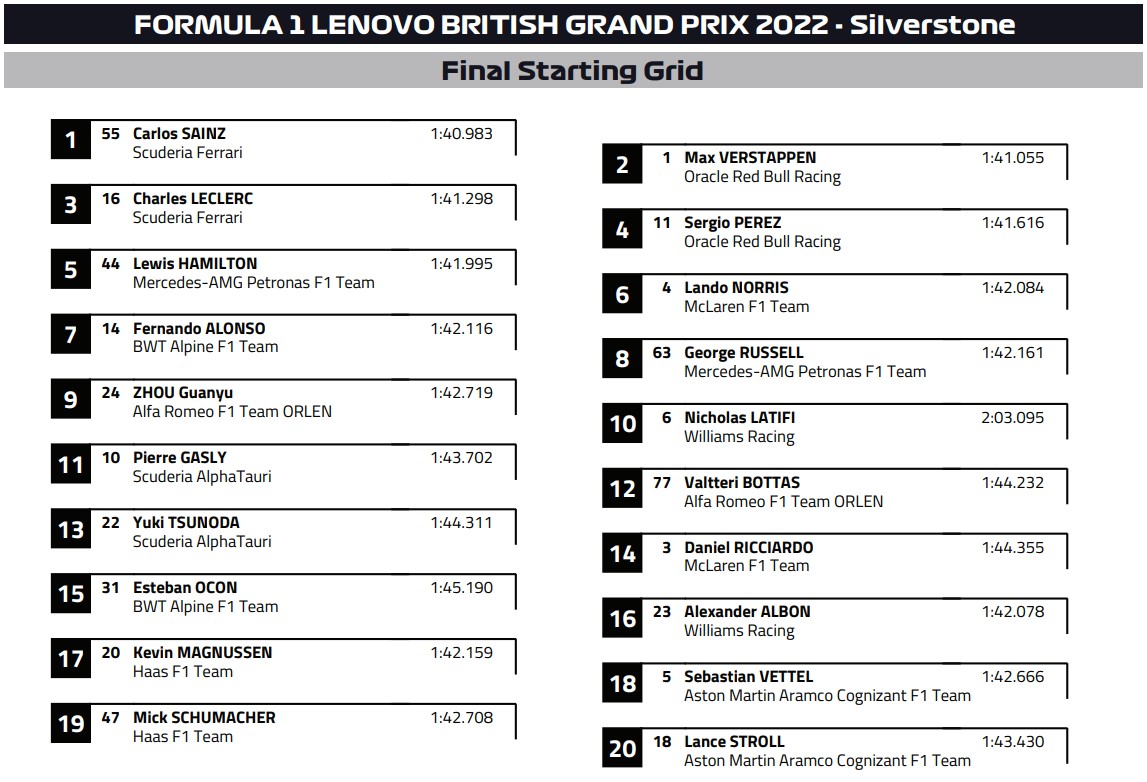 Verstappen and Sainz get bored at press conference