The Formula 1 season is over and that means the drivers and all other staff members of the F1 teams are able to relax and enjoy a holiday. GPblog's F1 Social Stint tells you what the drivers and teams do during the winter break.

Max Verstappen is enjoying his well-earned holiday after the busy 2021 season. He does so together with girlfriend Kelly Piquet. The two are on holiday in South America and enjoy a nice drink.

These are the possible replacements if Hamilton leaves Mercedes

Michael Schumacher turned 53 today. A moment that his son Mick also celebrates. On social media, the Haas driver shared a photo of him as a child with his father. "I am grateful for all the experiences you have given me and I’m excited to be making new ones in the future", the message reads.

Vettel saw what the race officials didn't: 'Made that suggestion'

Days like these were important to my growing passion for Motorsport, and still affect it to this day. I am grateful for all the experiences you have given me and I’m excited to be making new ones in the future. pic.twitter.com/aivNP2jlyK

For many people, the start of a new year comes with a New Year's resolution. Max Verstappen may not be the type to make one, but Red Bull Racing has an idea for a good resolution: 'Keep your distance in Parc Fermé'!

On the Haas Twitter account, the team posts a video of "the best match of the year". It is a game of football in the garage between Sebastian Vettel and Mick Schumacher, each supported by one of their teammates.

We’re biased, but still think this was the best match of the year #HaasF1 pic.twitter.com/QtZ1IaTVsV

Verstappen thanks his 'Orange Army'

Max Verstappen had many people to thank for their support after winning his first ever world title, and the Dutch fans were not forgotten. As 2021 draws to a close, he thanked his own 'Orange Army' one more time in a special post on his social media.

Thank you for your amazing support in 2021, back for more in 2022. #KeepPushing pic.twitter.com/KImaezG97z

While other F1 drivers seek out the warmth during the winter break, Bottas spends his time in the snow. The Finn posts a photo with his girlfriend on snowmobiles. There's no question of resting, Bottas is all about action!

Norris and Ricciardo decorate Christmas tree in their own way

In the run-up to Christmas, a video appeared from McLaren, whose drivers Lando Norris and Daniel Ricciardo were allowed to decorate the Christmas tree. The amusing duo have their own methods for that: the two teammates attempt to decorate the tree by throwing baubles at it, rather than hanging them.

Be honest... Who has still not decorated their tree yet?

Do it the @DanielRicciardo way and you might still have time… pic.twitter.com/8uaXPFAB1A

Kimi Raikkonen has finally retired and can start enjoying his family. On his wife Minttu's Instagram page, the 2007 world champion can be seen relaxing on his sofa while his children unwrap Christmas presents. Earlier stories on her channel also show them at a climbing park and enjoying an extended holiday. 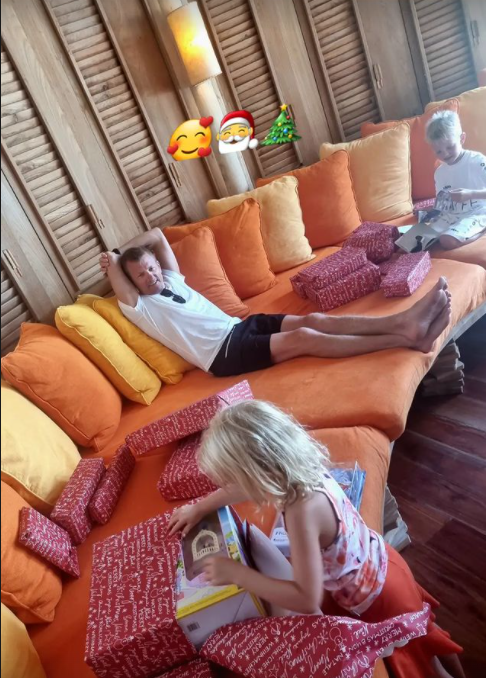 Verstappen and Perez ready with their Christmas jumpers

Red Bull Racing is likely to release a special Christmas video soon, as a picture of Max Verstappen and Sergio Perez in their Christmas jersey has been posted on the Austrian team's Twitter channel. What has Red Bull come up with now to do with their drivers?

Festive feels with these two legends More to come pic.twitter.com/ezTrDnAt8G

Mercedes has posted a teaser on its own Twitter account. What exactly is coming is not clear, but the teaser shows the eight F1 cars that won the eight world titles. In addition, the caption contains a quote: ''What defines a team...''.

It may have been only for a short time, but Max Verstappen has been spotted at the airport in Maastricht. He took a flight together with his father Jos Verstappen. In the video by L1 Limburg the Dutchman let us know that everything is going well with him and that it's nice to be back in the Netherlands for a while. Maastricht would have loved to organize a homage for Verstappen, but that's not possible.

In a new video on Daniel Ricciardo's Twitter account, the Formula One driver reveals that he has become an ambassador for Save the Children. For him, it is important to give more children the beautiful childhood and opportunities he had in his youth.

The Mercedes media team seemed to be on suspension after the Abu Dhabi Grand Prix. Hardly anything was posted by the team, but in the last few days it has revived itself online. While most teams have wrapped up for the season, we are now seeing thank you's to Valtteri Bottas and posts about the fact that Lewis Hamilton has been knighted.

Team-mates no more. But we'll always remember these days. pic.twitter.com/whstrVymvC

A racer. A winner. A role model. Both on and off the track. And a Champion. Always. pic.twitter.com/uybcerJ47K

Maybe this really is the last video... VB and Toto sign off on five fabulous years together. pic.twitter.com/mKAYV6dkW4