The stewards have extended the time in which teams can make a protest against a decision. This applies to the decision taken regarding the incident between Lewis Hamilton and Nikita Mazepin. For Red Bull Racing and also for Mercedes a door has been opened to appeal against the reprimand.

Haas could also see a reason to protest the decision. After all, the incident could have ended much worse if Mazepin had not reacted so quickly. The reason for the extension is the fact that the decision came shortly before qualifying, giving all involved little time to consider it.

OFFICIAL | Hamilton gets away with both incidents in FP3 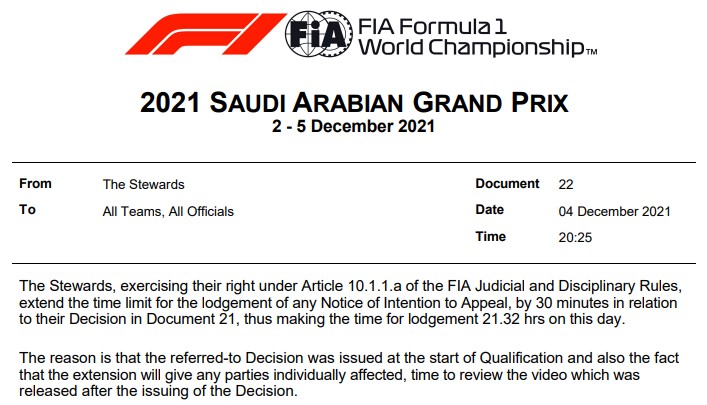