The stewards have decided to penalise Lewis Hamilton for undoing his seatbelt too early. The seven times world champion will be fined.

The FIA are strict when it comes to driver safety, so they saw no other option than a fine. The Mercedes driver, who is currently second in the world championship, has to transfer 5,000 euros to the FIA. In addition, he has been given a suspended fine of 20,000 euros (until the end of the 2022 season). 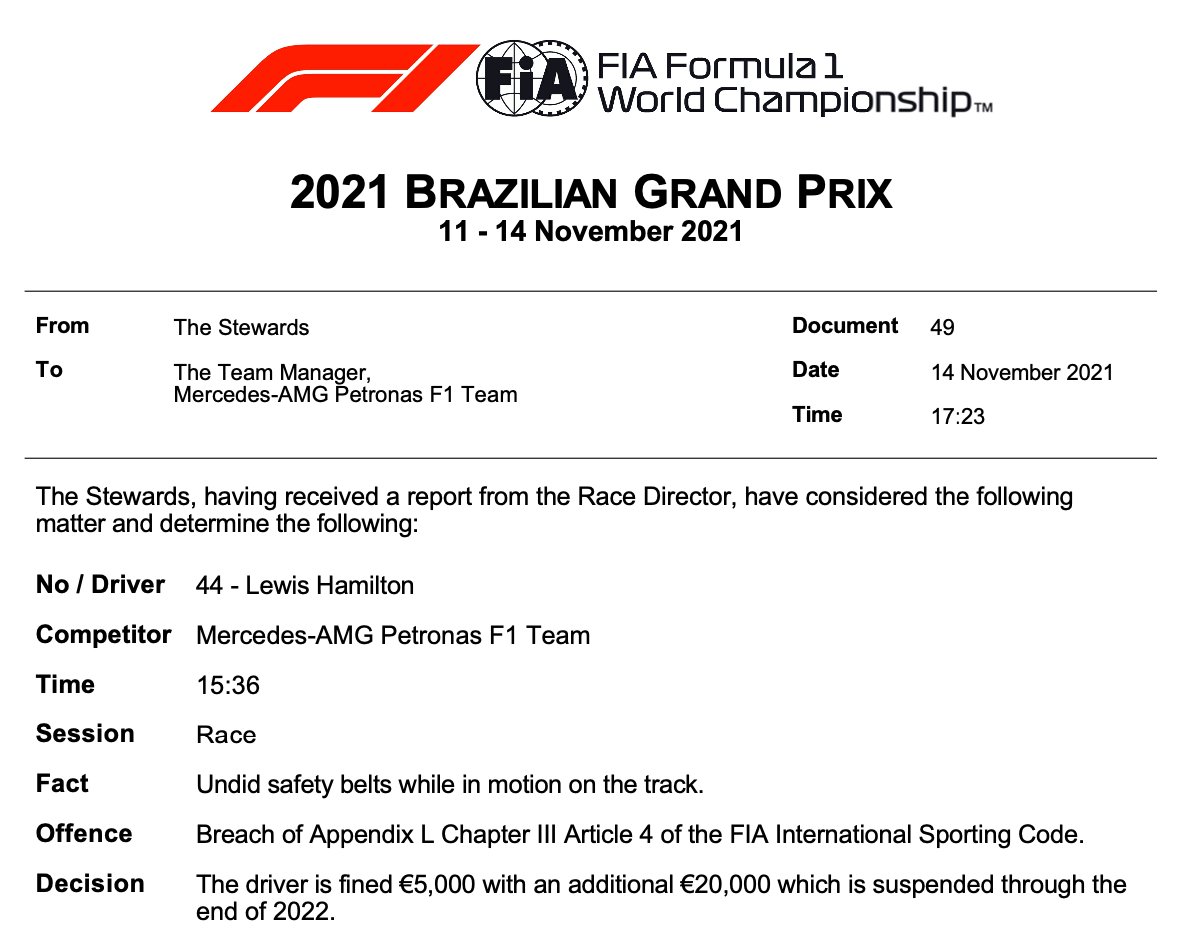 Pole-sitter Bottas disappointed after race: 'Could have done one stop'