Red Bull Racing had not only won the five previous races before the British Grand Prix, but the Austrian team had also been consistent in terms of pit stops. Sunday at Silverstone, however, was not a normal one and Williams secured the fastest pit stop.

As we all know Max Verstappen didn't make a pit stop because of his early retirement. As for Sergio Perez, his four tyres were changed quickest in 2.14 seconds. That was four hundredths of a second slower than the Williams team managed to do with Nicholas Latifi.

Battle for Bronze: Who’s on top after the British Grand Prix?

Who were the winners and losers of the British Grand Prix?

It earns the Grove based team 25 points for that performance. With George Russell the fifth fastest stop as well, they can add another 10 points, bringing Wiliams closer to Red Bull in the championship. The difference is still big though. Red Bull are on 273 points, whilst Williams are on 133. Mercedes, third in the current standings scored six points last weekend. 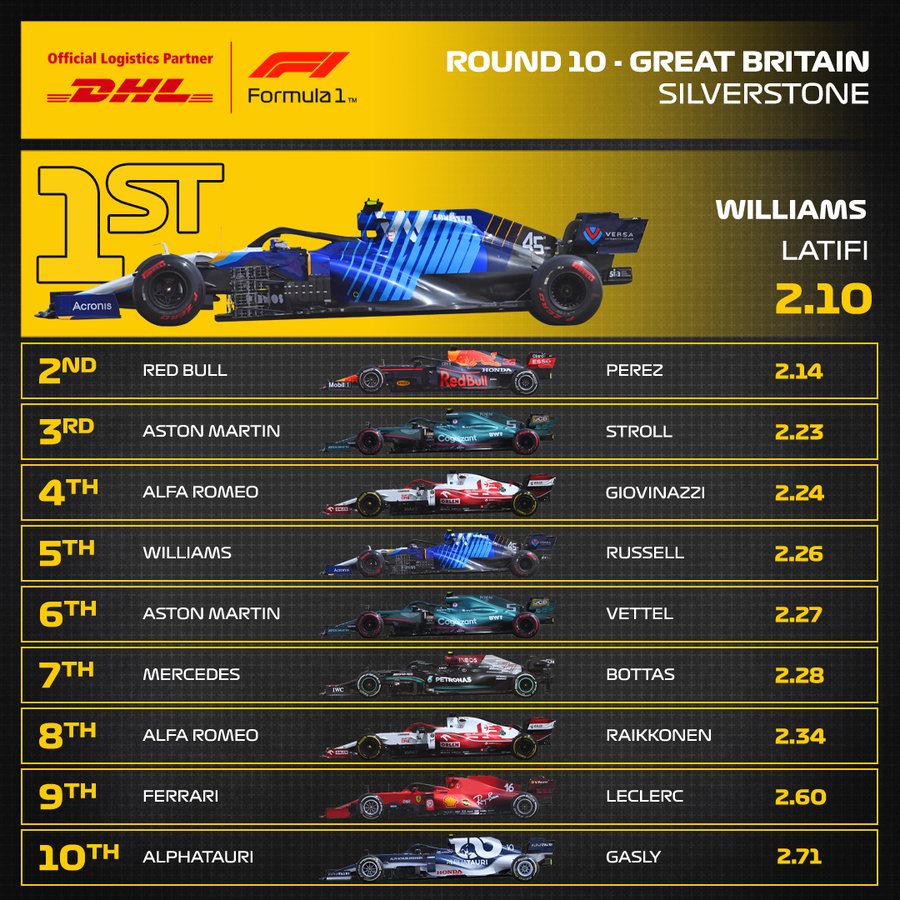