Formula 1's official Youtube channel has called it a 'revolution in aerodynamics'. What it actually is, is yet another attempt by F1 to make racing more attractive without radically changing course. When you see the 2022 design for the first time, you will immediately recognise an F1 car in it, with a hint of IndyCar perhaps. And the latter is not a coincidence.

Formula 1 wants to put a car on the track that produces less downforce and especially less turbulent air. In theory, this will make it easier for cars to follow each other and will make overtaking possible without having to use DRS.

As said, this is certainly not the first time the sport has tried this. The major rule changes in 2009 had the same intention. It worked reasonably well for a couple of years but had to be helped by DRS. And that while the changes were quite serious. The new cars back then hurt many regular viewers' eyes. In that respect, the changes for 2022 are not as big on the face of it, but there are reasons why it might work this time.

Hamilton pins hopes on Mercedes updates: 'Could definitely help us with this' 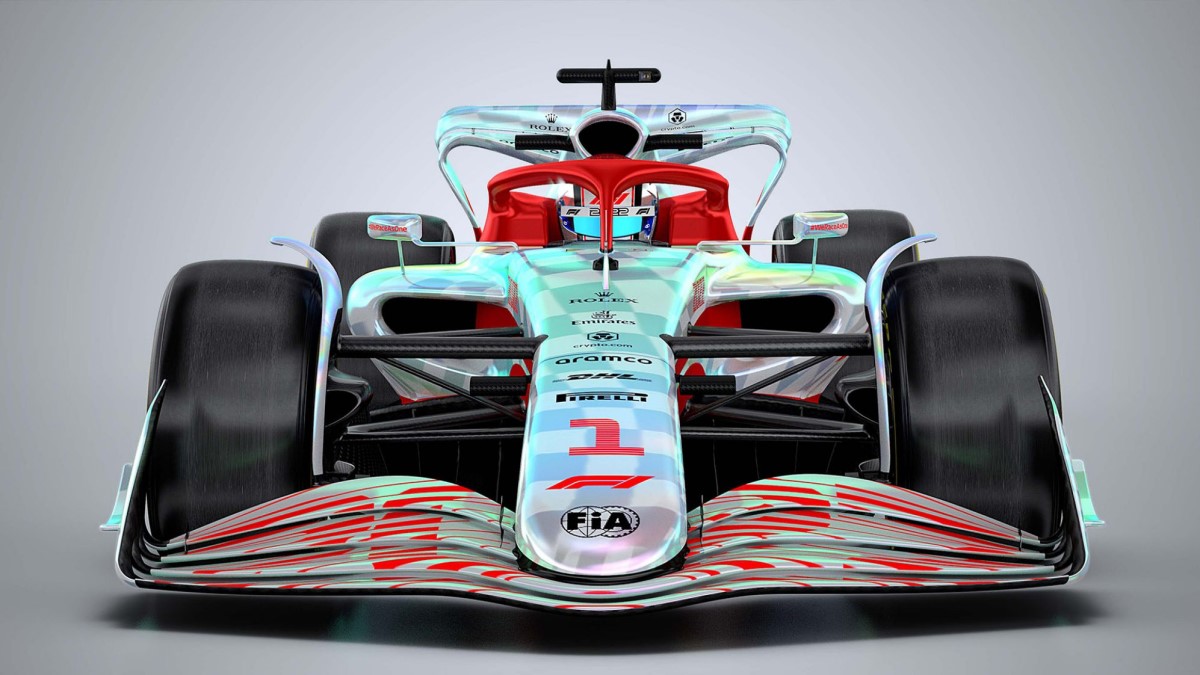 Firstly, the front wing has been cleaned up. All flaps, brackets, slots and other oddities are a thing of the past. The sensitivity to dirty air from a chasing car is mainly caused by those parts, so they have been removed. What remains is a wing that consists of four parts. Without wing endplates and other sharp corners. The ends are bent with a curve, meant to leave the air as 'clean' as possible.

The front wing may only have four elements, but they are huge. This keeps the wing in proportion to the equally long nose. Apart from the aerodynamic efficiency, F1 hope to achieve with this, it also serves as an extra-large crumple zone, allowing almost 50 per cent more energy to be absorbed.

Verstappen wary of Mercedes updates: 'Gets a bit trickier then'

The most striking change to the front of the car is the introduction of mudguards, although that is obviously not their function. A spinning wheel creates a lot of turbulent air at high speed and this is one of the ways to reduce that turbulence. The 'hubcaps' also make their reappearance for this reason. 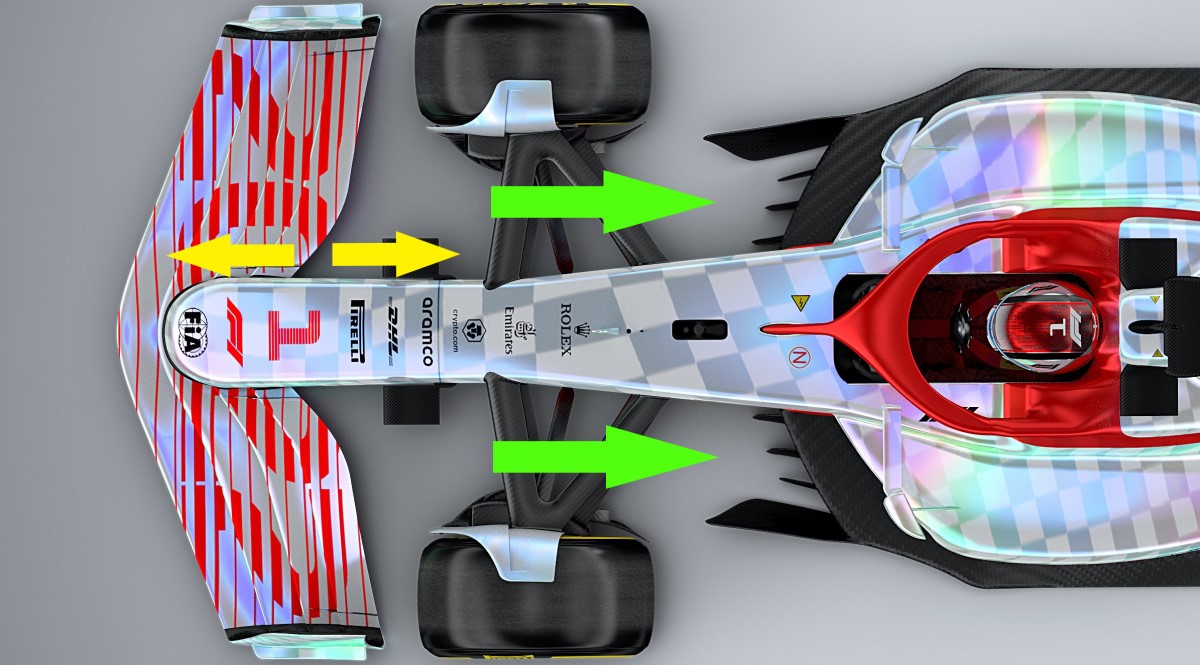 Further to the back, we see perhaps the most interesting part of the new car. The area around the barge boards has been one of the few areas that designers have been able to let loose on in recent years. Anyone who has seen a close up of this area knows that this has gotten out of hand, so the barge boards will disappear altogether.

In their place will be huge intake tunnels to channel as much air under the car as possible. In contrast to the barge boards, which guided the air along the side of the floor and were, therefore, one of the main causes of turbulent air, the new floor uses ground effect to generate downforce (in a clean way) and with a bit of imagination, you can even see the shape of an upside-down aeroplane wing in it. 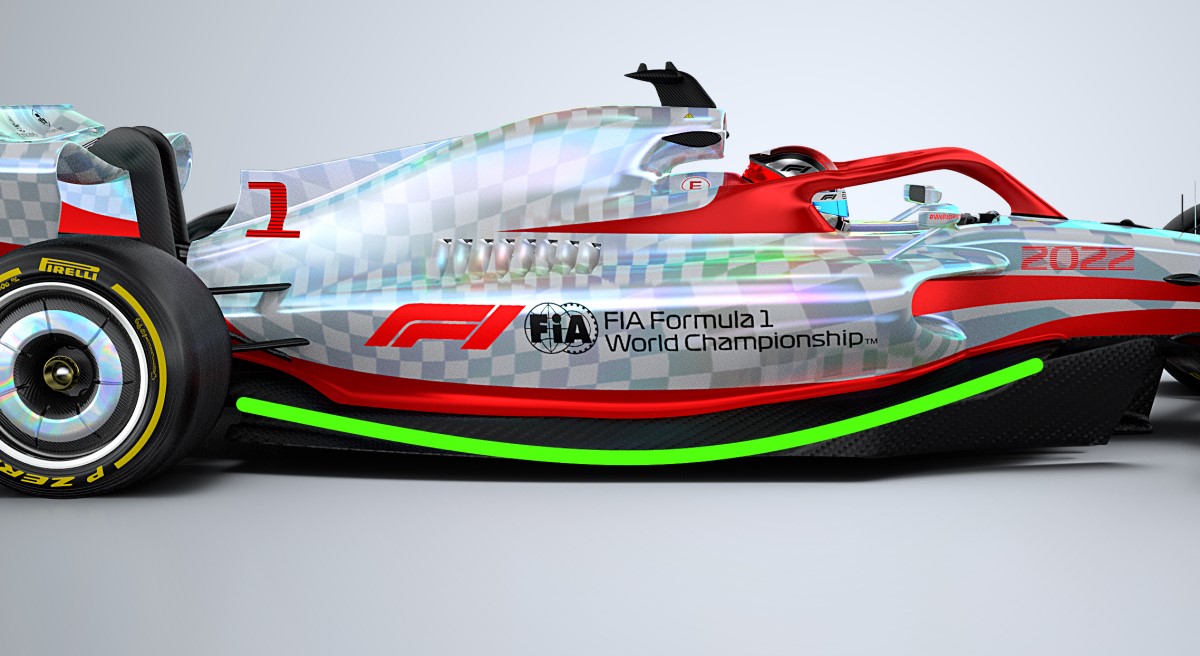 No end to the DRS era yet

Finally, all this culminates in the rear wing, which like the front wing, has no sharp corners and is a lot lower than the current rear wings. It's a single piece, consisting of two elements at the top and curving down at the sides. Again, the curves are meant to disturb the air as little as possible. On the show car, there is no DRS. Although its disappearance is planned in the future, the system will still be there in 2022.

With the large front wing, Ross Brawn and his team have played it safe and there is a risk that this will end the same way as the 2009 rule changes. On the other hand, the regulations are so restrictive that you have to wonder where aerodynamics can save time. All in all, it is a successful design, and we especially welcome the return of ground effect.

This article originally appeared on the Dutch edition of GPblog.com, written by Pelle