The drivers are getting ready for the Austrian Grand Prix at the Red Bull Ring. GPblog's F1 Social Stint finds out what the drivers and teams are doing around this Grand Prix.

People who have the Formula 1 app installed on their phones got two strange messages on Saturday night. The first one said 'I think I have to pay better attention to my security', the second one seems to be a typo. The 'hacker' seems to want to say that the security of the app is not in order. Or is it just an F1 employee playing a joke?

Preview | Will Verstappen extend his lead over Hamilton in Austria? 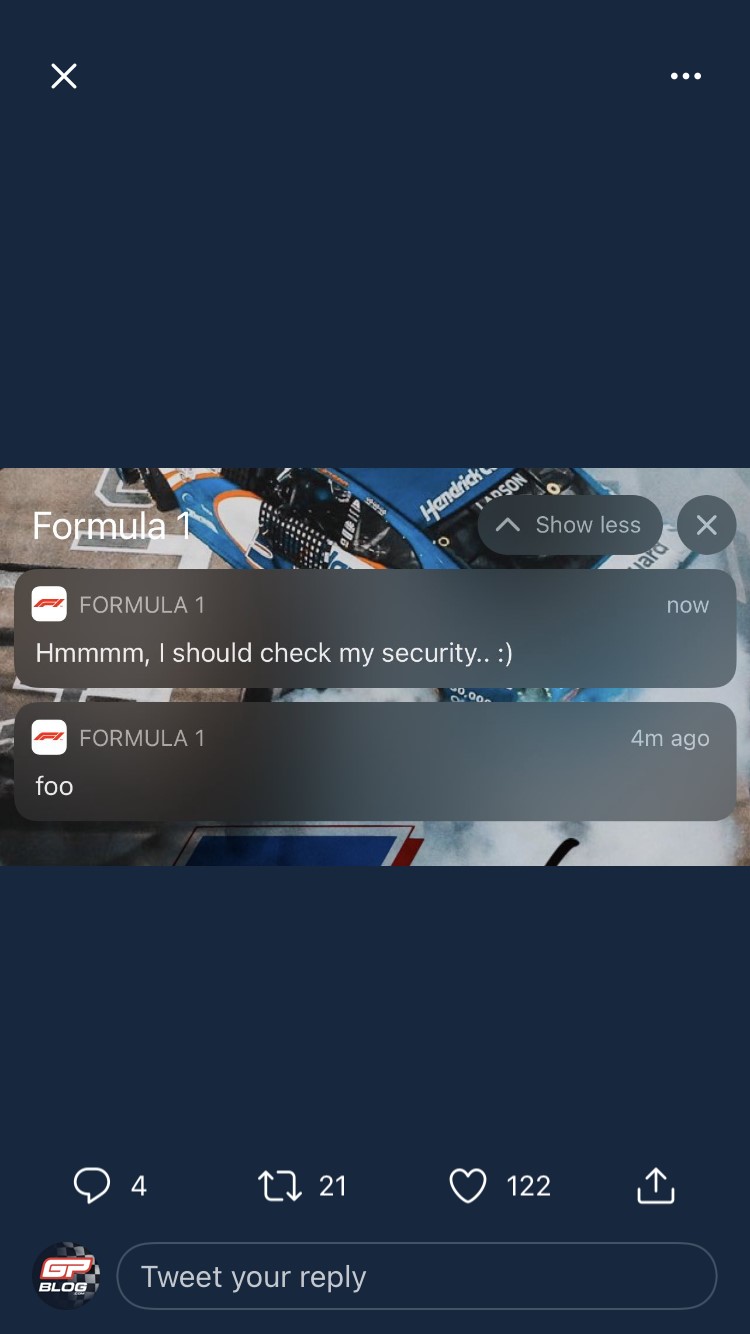 Verstappen reveals salient detail: 'Wolff and Marko don't like each other'

Nico Hulkenberg and his wife Eglé Ruskyté appeared to be secretly married a short while ago, but now have even more news that might have had something to do with that. On Mrs Hulkenberg's Instagram account, the two announced that a 'Hulkenbaby' was on the way.