Ferrari is the last team in Formula 1 to decide to abandon the appeal in regards to the illegal brake ducts of Racing Point. The Italian race stable let us know after the Italian Grand Prix at Monza. So the whole story is not going to go to the International Court of Justice.

Racing Point was fined four hundred thousand euros and the British team had to surrender fifteen World Championship points. Initially, Ferrari did not agree to this and announced a protest. Like Renault and Racing Point itself, Ferrari is now satisfied with the FIA's ruling.

Gasly stayed on podium for a while: "It won't happen that often"

The international motorsport federation has already taken steps to prevent reverse engineering. Ferrari is very pleased with this. "Over the past few weeks, the collaboration between the FIA, Formula 1 and the teams has resulted in a series of new rules - changes to the technical and sporting regulations of 2021 - that clarify the responsibilities of each competitor in the championship in the design of parts."

Official statement of the FIA 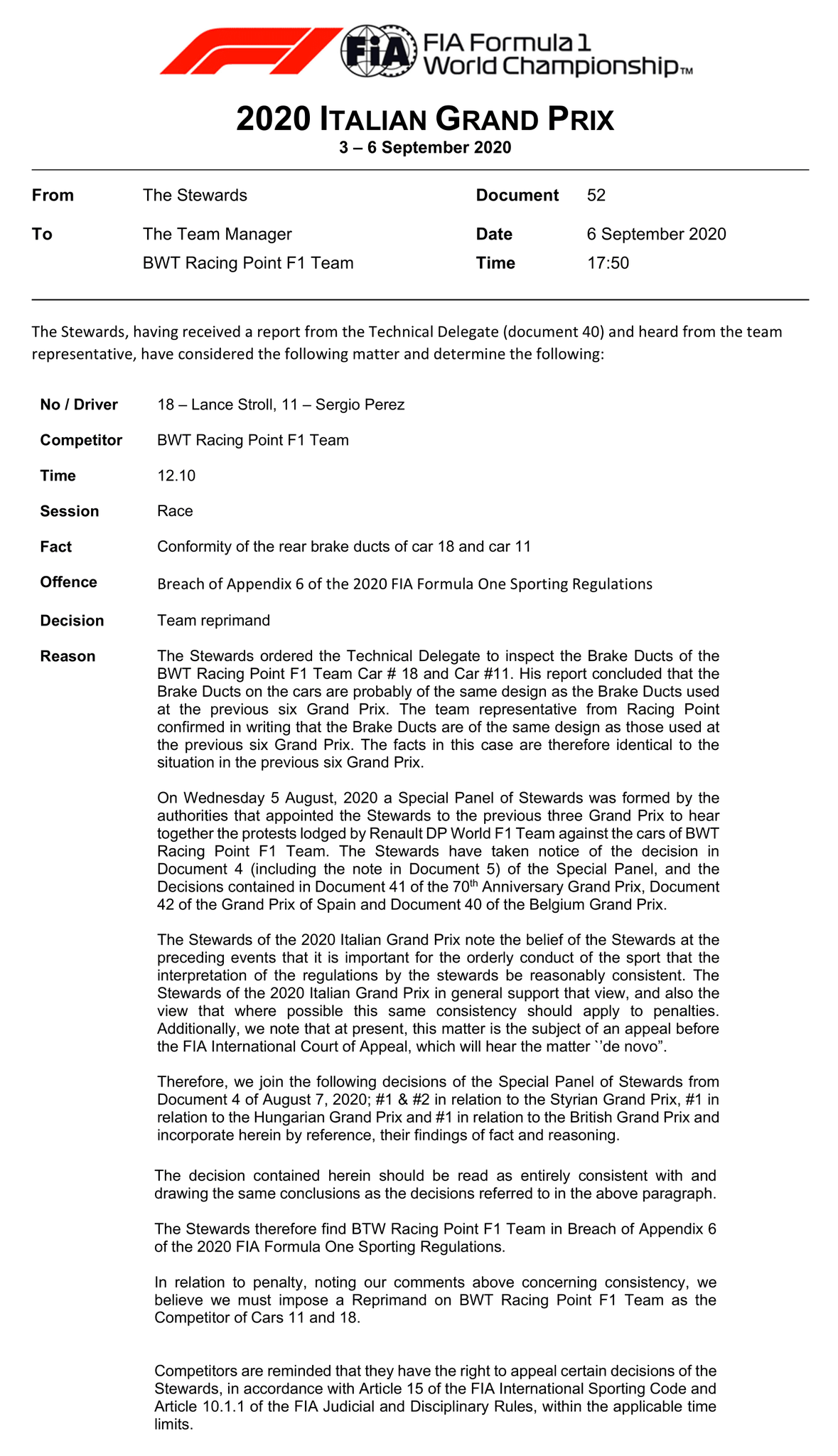 Sainz is upset: "I had the feeling that we could dominate the midfield today"

Stroll happy with surprising third place: "Victory was out of our reach"