Nyck de Vries had an excellent debut in the premier class of motor sport. The Dutchman was flawless in his first ever Grand Prix and managed to keep Guanyu Zhou in his Alfa Romeo Racing behind him for the entire race. This earned him his first two World Championship points. Max Verstappen won again and is 99 percent sure of the world title.

Charles Leclerc crossed the finish line some two and a half seconds behind Verstappen. The Ferrari driver's gap was actually much bigger, but due to the safety car, the difference was much smaller. George Russell, also known as 'mister consistency', took advantage of grid penalties from Carlos Sainz and Sergio Perez to finish third.

Wolff: "You can see that with Verstappen, who is in a league of his own" 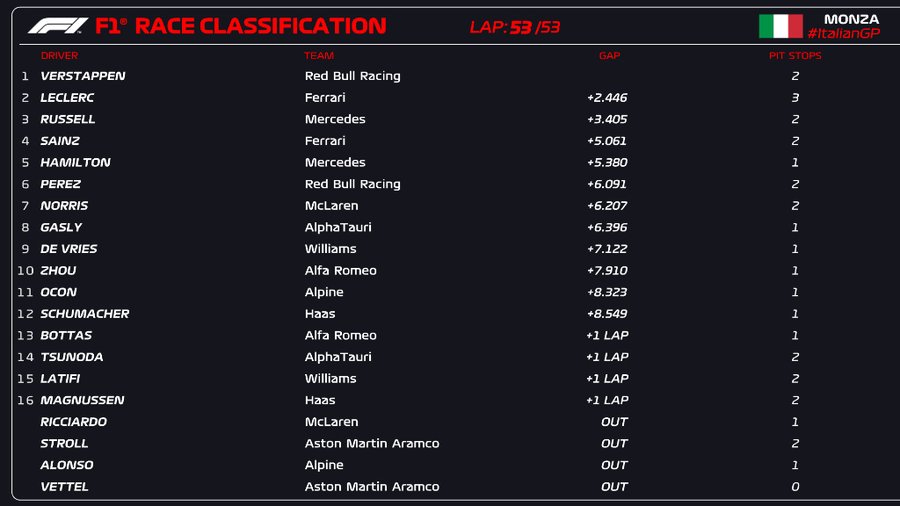 Marko lets Herta complete F1 test, but not at Red Bull or AlphaTauri