The Saudi Arabia Grand Prix is just around the corner. In GPblog's F1 Social Stint, read about what drivers and teams are doing ahead of the second race of the 2022 Formula One season.

Raikkonen on the karting track with his daughter

This season is the first one without Kimi Raikkonen, who ended his Formula 1 career after 2021. The Finn is fully enjoying his retirement with his family. On Instagram, his wife Minttu shared images of daughter Rianna, who seems to be following in her father's footsteps. A smiling Raikkonen encourages her on the karting track.

Red Bull Racing hits back hard at Mercedes: "Love to see it"

Mercedes recommends holding your phone upright while watching this 'Garage Tour with a difference'. The team takes viewers on a dazzling tour through the pit lane garage.

F1 Garage Tour with a difference. Lock your phone's portrait orientation and see if you can keep up! pic.twitter.com/tlU0J4IVoF

Russell goes back to school

Mercedes takes George Russell back to his old school for a day. Instead of listening to the teachers, the Briton stands in front of the class (online) and answers the questions of the young students.

Back to his roots! Our very own @GeorgeRussell63 goes 'Back to School' with @TeamViewer Classroom, answering some questions from pupils of his former school, Wisbech Grammar! #TeamViewerFrontline #AR pic.twitter.com/AsC0HgJVDP

Nico Hulkenberg's departure from Formula 1 has proved anything but final. As a reserve driver for several teams, he has been called in on several occasions to cover for drivers who tested positive for the corona virus.

This time, Sebastian Vettel was affected by the virus, so Hulkenberg flew out last minute to Bahrain. In Saudi Arabia, he also filled in for his compatriot. His third comeback is now complete, as he writes on his social media: "Hulkenback 3.0 is a wrap."

The podium seen from the champagne bottle of Verstappen

Max Verstappen had a party to celebrate in Jeddah. The reigning World Champion won his first Grand Prix of the year and celebrated his victory on the podium together with Paul Monaghan, Head of Car Engineering at Red Bull Racing. Experience the podium ceremony from Verstappens champagne bottle (or more likely the bottle of rose water)!

Lewis Hamilton is well versed in wearing remarkable outfits and the one in Jeddah is no exception to the rule. In a yellow blouse, shorts and high white shoes, the seven-time world champion is again a striking presence in the paddock. On Thursday, on the contrary, he was still seen in an all-red outfit. 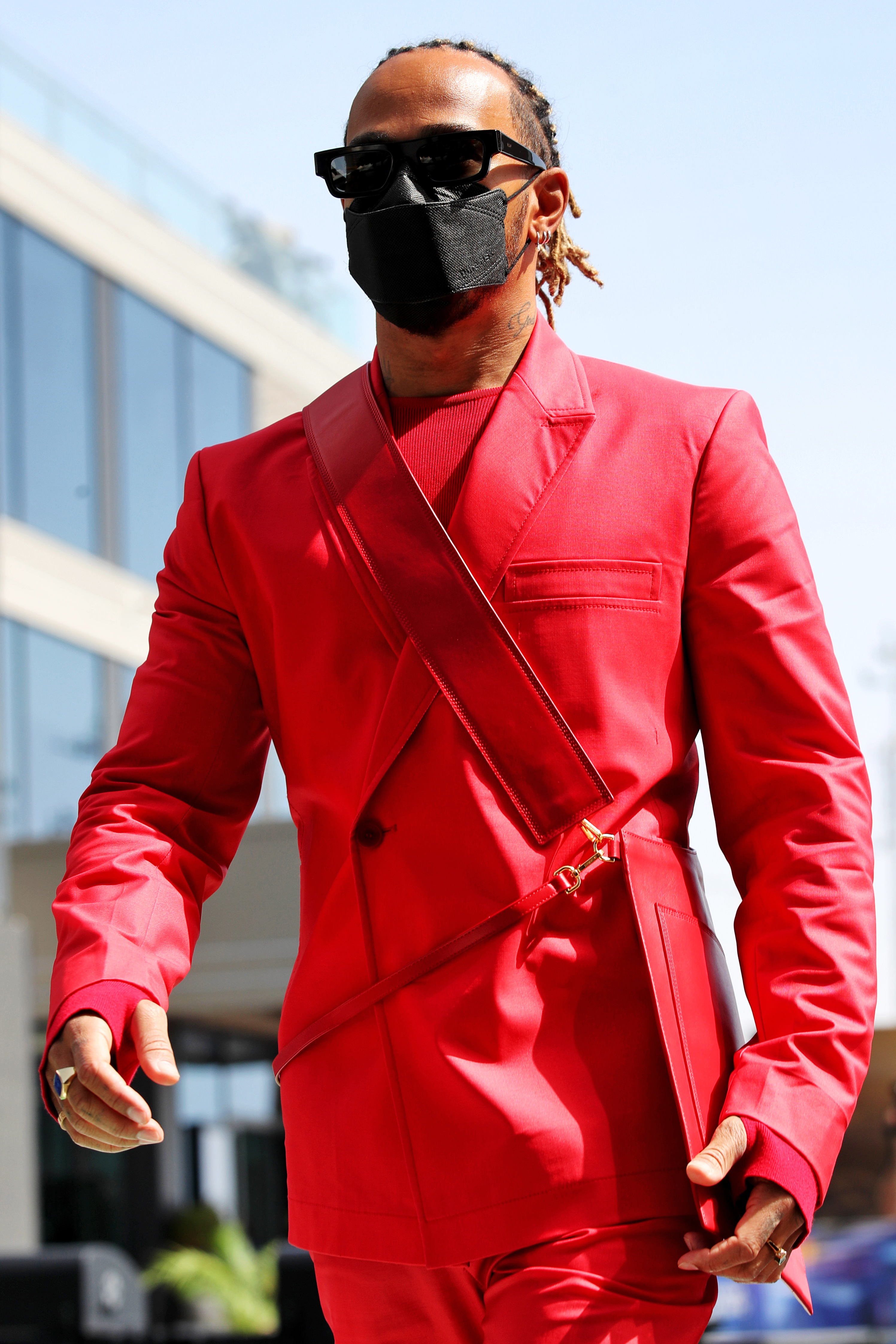 Mercedes' lack of speed due to rear wing: 'Partly also the engine'