Both Max Verstappen and title rival Lewis Hamilton will get a new gearbox for the Saudi Arabian Grand Prix. The FIA announces this in a press release.

Red Bull Racing and Mercedes seem to have opted for security. The decision will not result in any grid penalties for the drivers, as the change will be made by both teams within the regulations.

Verstappen explains: "We made a few changes that didn't quite work"

"Both drivers used their previous gearbox for six consecutive events, in accordance with Article 23.4a of the 2021 Formula 1 Sporting Regulations," reads the explanation to the message.

Hope for Verstappen: "For Formula 1 it would be better if Max wins"

Verstappen and Hamilton get new gearbox

According to the rules, a gearbox must be used for at least five consecutive race weekends. A race weekend in this case means the third free practice, qualifying and the race. If the part is replaced prematurely, the driver will receive a grid penalty of five places. 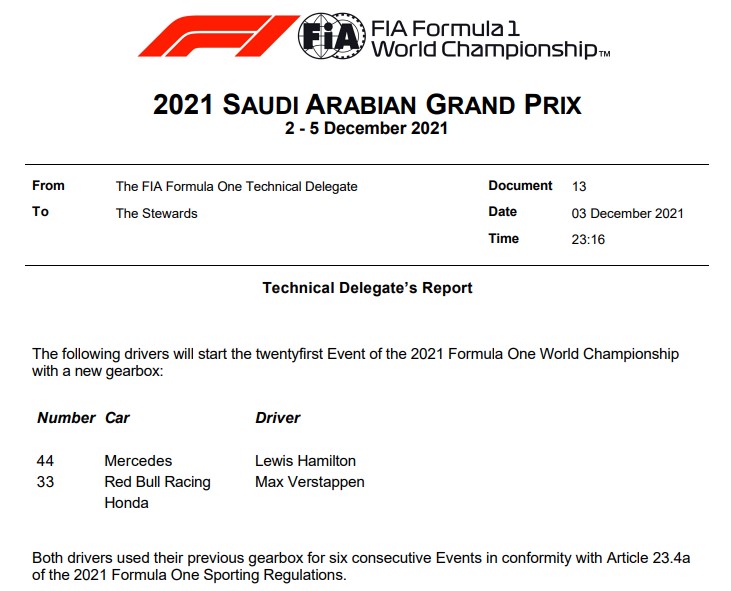 Perez not concerned after practice struggles: "Plenty more to come"