The fact that Lewis Hamilton is taking the 2021 Formula 1 season very seriously is clear by now. For the Saudi Arabian Grand Prix he will step into his team's simulator and that will not be the first time this year.

Back in the simulator

Hamilton has always expressed his disgust with the simulator over the years. It wasn't like racing on a real circuit and he preferred not to do it. He would sometimes go into the simulator to develop a new car, but he left most of that to his team. He made sure he got the most out of it on the track though.

Hamilton tries to gain advantage over Verstappen with this exercise

In the battle with Max Verstappen, however, Hamilton is pushed to the limit and will take any tool to succeed. As much as he hates the simulator, he is back in it now. On Wednesday night, the seven-time world champion shared a photo from the simulator in a story on his Instagram account.

'Feud between Wolff and Stroll after switch from Mercedes top specialist'

Of course, it's not as if Hamilton had never been in simulator before, but for someone who stated in 2020 that he doesn't like the simulator, he's been in it quite often this year. Ahead of the GP in Jeddah, however, that's not a luxury as his competitor has already said he has downloaded the circuit, allowing him to practice on his own simulator at home. 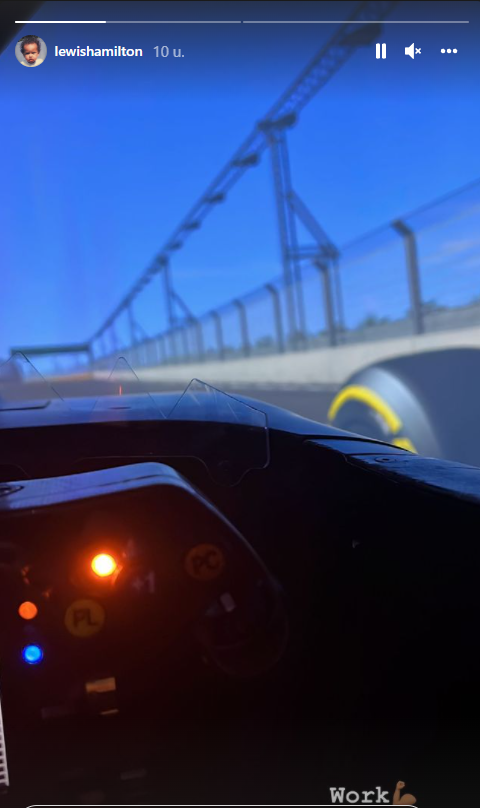 Mercedes explains why Hamilton drove with an old engine in Qatar