Footage from Q3 showed Max Verstappen not taking his foot off the gas when Pierre Gasly's puncture caused a double yellow flag. The Frenchman had problems with a burst tyre, causing the stewards to wave a double yellow. It looks like Verstappen won't have to worry about a visit to the stewards.

According to Motorsport-Total.com the FIA has confirmed that there will be no investigation against Verstappen. It seems there was an error by the stewards, as the race committee did not officially announce the double yellow.

Verstappen: "We are just off the pace"

FIA tests already effective? Mercedes as fast as Red Bull on the straight

The footage also shows that a double yellow did not appear on Verstappen's steering wheel, which it normally should. Normally, a driver would get a grid penalty for the race if they ignore a yellow flag, but the Dutchman has no need to worry. He will start from P2 tomorrow for the Qatar Grand Prix.

Update | Verstappen will have to answer to stewards after all

Despite earlier reports by Motorsport-Total.com, the FIA has now decided that Max Verstappen must answer to the stewards for not reducing speed during the double yellow flags in Q3. 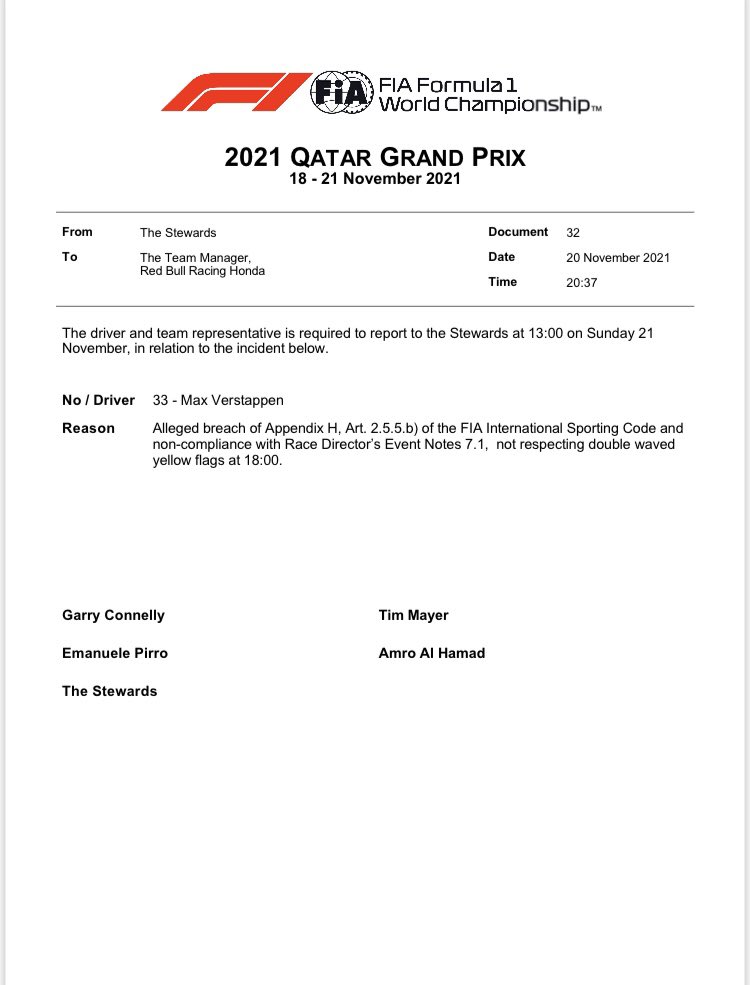 Hamilton: "For me it is still not clear what is allowed and what is not"

Verstappen responds: I think it has been explained pretty clearly"