George Russell had an excellent starting position during the Russian Grand Prix, but was unable to capitalise on it. The driver finished in tenth place and gained only one point for Williams.

The Briton had a hard time at the end of the race, he told Motorsport-total.com. "I was struggling on the intermediates at the end. I was probably one of the few drivers on used intermediates because we had already used all the sets in qualifying. Others had saved theirs for the last part in Q3, which was then on slicks."

Mercedes team boss: "Wouldn't surprise me to see Russell in the lead"

Russell feels sorry for Lando Norris. His compatriot drove upfront for a long time, keeping Lewis Hamilton behind him, but failed to end up on the podium. Norris refused to change tyres when it started raining hard, leaving him in seventh place. "You're leading a race and then you see raindrops on your visor. Whether you stay out or come in, you're the loser. All you can really do is lose. I know that, and it hurts," Russell said.

Hamilton back in the lead in the world championship

Next season Russell will be Hamilton's teammate. The victory of the seven-time world champion puts him two points ahead of his rival Max Verstappen. In two weeks time the teams will travel to Turkey. 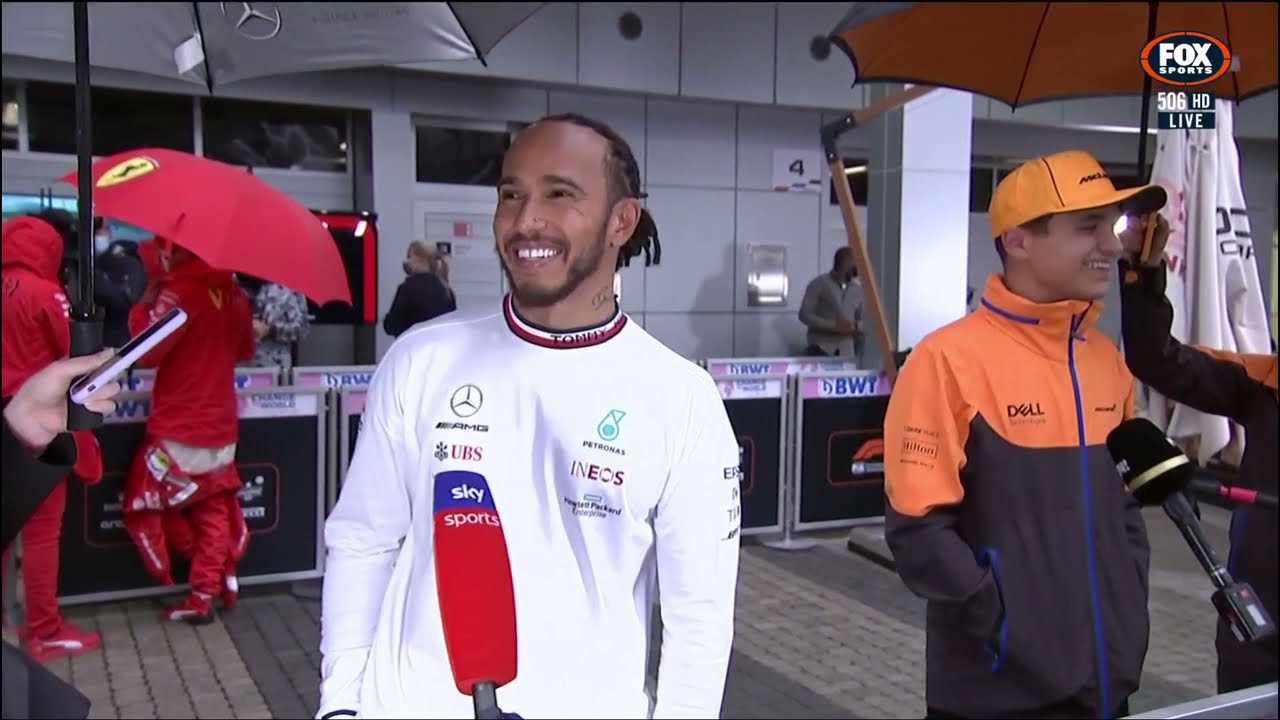 Hamilton and Norris laugh at strategy: 'I was ignoring him the whole time!'