Lando Norris has received a grid penalty of three places for the starting grid for the Azerbaijan Grand Prix. The McLaren driver has also received three penalty points on his license for not entering the pit lane at the earliest opportunity during the red flag. He will now start the race on Sunday in ninth place.

Norris set the sixth fastest time on Saturday afternoon, but will have to start ninth at the Baku City Circuit.

The drivers benefiting from this decision are Sergio Perez, Yuki Tsunoda and Fernando Alonso. They all move up a spot as a result of what appears to be a tough decision made by the stewards.

Norris should have entered the pit lane during a red flag situation in qualifying, but the British driver discussed on the radio whether or not to come in, and he then missed the pit-entry. This has now cost him dearly. 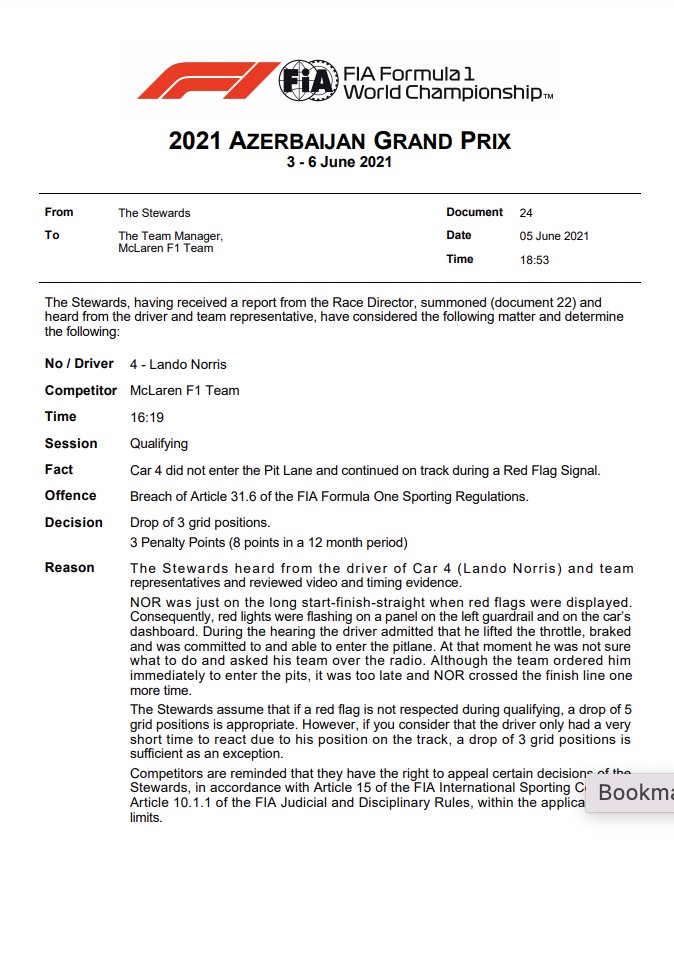