Formula 1 didn't have a race this weekend, but Formula E did and they started their second race weekend in Rome with a bang. The first free practice initially seemed to have gone off without too many problems, when a serious collision did occur after the flag dropped.

A group of drivers were making some test starts on the starting grid. Normally that is not a problem, but the starting grid in Rome is located in a fast sweeping curve, which makes it almost completely blind for the drivers.

´There's always pressure to perform in the Red Bull programme'

Doubts about participating in qualifying

After the session, Oliver Turvey didn't take into account that the road was blocked and crashed into the cars of Jean-Eric Vergne and Jake Dennis. Everyone got out unharmed, but the damage was so extensive that it remains to be seen whether they will be able to participate in qualifying later today. Lucas di Grassi ended the session as the fastest. 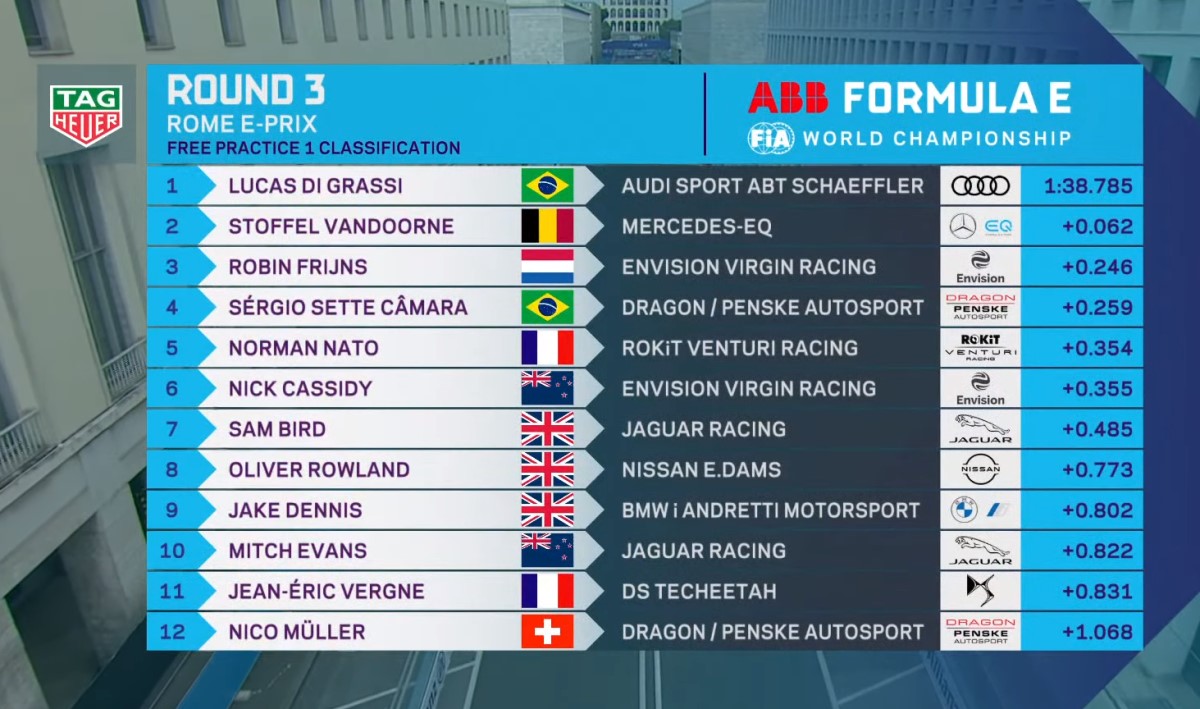 'Few people can beat Max, except Max himself. Perez knows that too'