The result may have only been a P9 finish, but George Russell impressed everyone in the Sakhir Grand Prix, one that he undoubtedly would have won if he had better luck. Filling in for Lewis Hamilton after the 2020 Formula 1 champion tested positive for coronavirus, Russell missed out on pole by just 0.026 seconds.

He took the lead from teammate Valtteri Bottas at the first turn and led for well over half the race, before pit stop drama and a puncture cost him what was a likely victory.

It wasn’t the fairytale Mercedes debut for Russell as he had to watch Sergio Perez take all the glory as the Racing Point driver crossed the line to take the first win of his career.

But despite the result, Russell proved not just to Mercedes, but to the whole grid and the entire F1 community that he is an excellent driver, one worthy of a top seat in the sport.

His super drive in the desert has certainly given Mercedes something to think about, and he may have made their mind up on his future.

Russell hopes to give Wolff and Mercedes a headache: 'Maybe before 2022'

Russell is contracted for a third season at Williams next year, and Bottas for a fifth season with Mercedes, but after that, nothing has been decided. Toto Wolff was very keen to deny that this weekend was a shoot-out between the pair for a Mercedes seat in 2022, but Wolff’s hand has surely been forced now.

To put it straight, Mercedes must promote Russell in 2022, or run the risk of losing him to a rival team.

Ready to make the change

It is clear that Mercedes are using Williams as a testing ground for Russell, getting him used to the demands of Formula 1 before promoting him into the fastest car on the grid, but it seems he is ready for the step up.

Mercedes are happy with Hamilton and Bottas. As has been mentioned so many times, Bottas is the perfect foil for Hamilton, picking up the odd victory to help Mercedes win the constructors’ title while Hamilton roars to the drivers’ crown.

But there will come a time where Wolff and the senior figures at the German team have to make a big decision, and it all revolves around how patient Russell is willing to be.

Formula 1 drivers always want to be in the fastest car they can possibly be in, and Russell has already shown immense patience in his wait for a Mercedes drive.

2022 may be his breaking point though. He now knows he has the ability, and Mercedes dominance will not last forever, so he wants to get in there as soon as possible.

Also, there is the unpredictability of the new rules to factor in. 2022 will see one of the biggest shake ups in the history of the sport, with the aim to reduce the gap between the teams. It’s entirely possible that Mercedes’ current advantage over the field will be reduced, or wiped out entirely.

If Mercedes have not promoted Russell by the time 2022 comes around, and if they find themselves behind in the development race, Russell is well within his rights to look elsewhere for a better seat, and Mercedes could miss out on the most natural talent they have ever developed through their academy.

Whether Hamilton will want Russell in his team is another question, and one that could jeopardise Russell’s immediate future at the team.

Hamilton will continue in F1 for as long as he wants, and while he’s winning, he’s going to want a driver like Bottas alongside him. He might not relish the challenge faced by someone with the ability of Russell.

On the other hand, Russell could learn plenty from the seven-time champion, so maybe a year as Hamilton’s designated number two would be good for the man from King’s Lynn.

What is clear however, is that Mercedes have another superstar on their hands, and he is ready. One more year at Williams is not going to hurt his career massively, but if we look at the success of drivers like Max Verstappen, Charles Leclerc and Sebastian Vettel, who were all in race-winning cars in their second full F1 seasons, Russell is most definitely capable.

A third year at Williams will not hurt him, but a fourth will put his Mercedes future in serious doubt, and the German team should absolutely promote him to the senior team for 2022, or risk him seeking a better option.

Painful side to Perez win: "The best drivers are not in Formula 1 unfortunately" 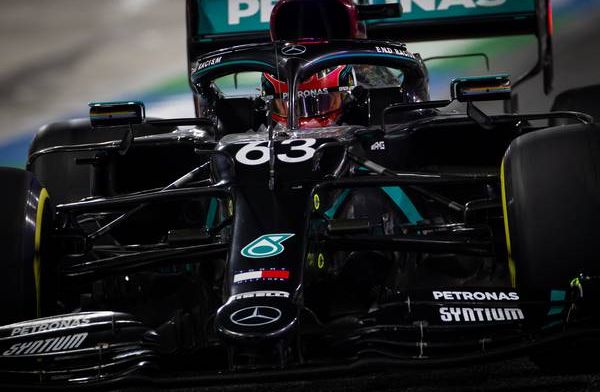