Valtteri Bottas secured his third podium finish of the season at the Chinese Grand Prix but the Mercedes driver has admitted he was concerned with the team’s strategy mid-race.

Both Lewis Hamilton and Bottas were brought into the pits on lap 36 to avoid an undercut from Sebastian Vettel and Max Verstappen. The strategy worked and Mercedes secured another one-two, their third of the season.

With both drivers pitting on the same lap Bottas admitted he was nervous and was hoping for another strategy as he pursued a second win of the season.

"I was very concerned," said Bottas in an interview on Fi.com

"You know you're going to lose time being the car behind, but it was due to the start that I was in that position.

"I was questioning the team – if I could stop later or carry on without stopping – but there was too big a risk in terms of tyre life if we can make it or not.

"I was questioning because if I could do something different, other than stopping behind Lewis, that was going to be my only chance to win the race.

"I knew if we were coming in, that's going to be pretty much it unless something crazy happens.” 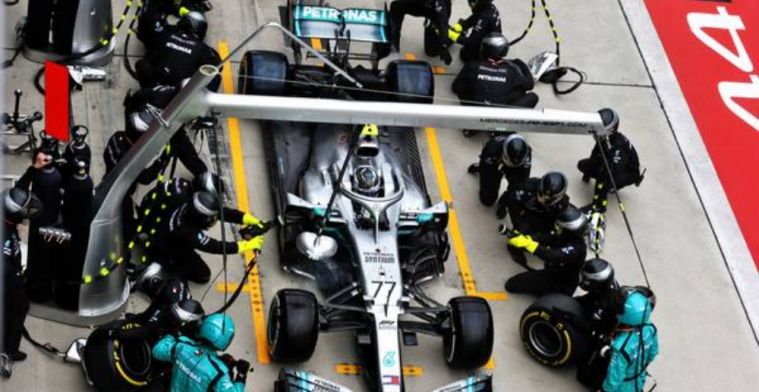