David Coulthard, a former Formula 1 driver, will be celebrating his 48th birthday today. The Brit, who now works as a pundit and commentator, previously drove for Williams, McLaren and was a crucial element in Red Bull's growth.

During a Formula 1 career which spanned across 15 seasons, Coulthard racked up an impressive CV. He competed in 247 Grands Prix, finishing on the podium in 62 of those races, 13 of which he found himself on the top step.

Coulthard, who was born in Scotland, recorded his best season in 2001 by finishing second in the world championship losing out to Ferrari's Michael Schumacher. He finished the season in third on a further four occasions.

Coming through the Formula Ford series, Williams signed Coulthard as a test driver for the 1993 season. Following Aytron Senna's tragic accident a year later, Coulthard stepped in and made his debut. Out of eight races that year, he finished on the podium once and achieved two fastest laps.

As a young man, he demonstrated his talent inside his second year as a Formula 1 driver. On his route to a third-place finish in the drivers' championship, he won his first Grand Prix in Portugal in 1995.

In 1996, Coulthard moved to McLaren and drove alongside Mika Hakkinen. It wasn't the best of starts, but it turned out to be a successful partnership. By 1999, the duo won the constructors championship, with Hakkinen taking back-to-back world championships.

One of the most memorable moments in his time at Mclaren was this incident with Schumacher at the 1998 Belgium Grand Prix.

Coulthard then moved to Red Bull after the purchase of the Jaguar team in 2005. He remained at the team for four seasons, though he only managed to finish as high as 10th in the championship standings.

Following his F1 retirement, Coulthard competed in the Deutsche Tourenwagen Masters until 2012. 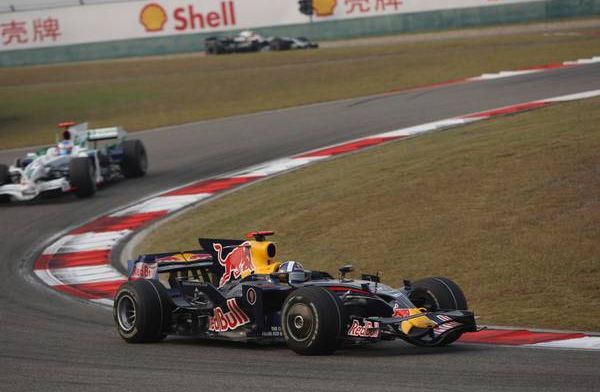